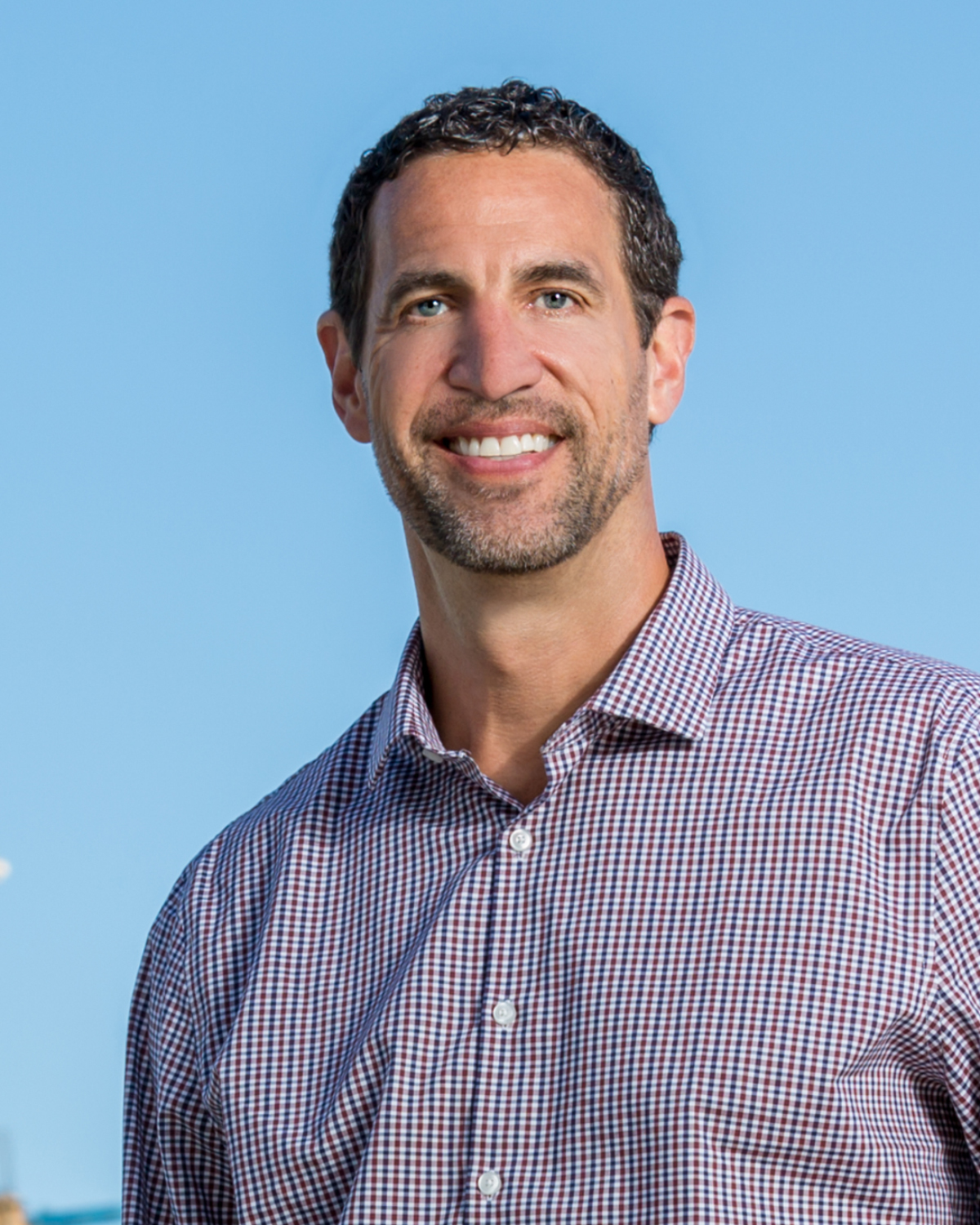 Matthew Mahood (pronounced May-hood) is the President & CEO of The Silicon Valley Organization (The SVO). The SVO is one of the largest and most influential business associations in California representing nearly 1,200 member businesses that employ over 300,000 employees throughout the greater Silicon Valley region.

Under his leadership since July 2011, The SVO, formerly known as the San Jose Silicon Valley Chamber of Commerce, has focused the organization’s energy around providing the business community with the tools and resources they need to be successful while actively advocating on critical issues that drive regional economic prosperity and an improved quality of life. Mahood has increased member value and community relevance by ensuring The SVO serves as the region’s primary catalyst, convener and champion on critical issues that affect business and the community’s prosperity.  Mahood believes that the health of the business community and the health of the broader community in which it lives are inextricable. To that end, he has served as the co-chair for both a Santa Clara county-wide task force focused on solving the homeless housing crisis and a City of San Jose-focused jobs initiative for at-risk youth called SJ Works.

Mahood also pushed The SVO into the workforce development space with the creation of Strive San Jose. Strive convenes the education, business and government sectors to help create, guide and influence the talent pipeline to ensure that our business community has the workforce required to innovate and grow.  In the last three years, Strive has placed nearly 500 high school students into its paid summer internship program with over 150 different employers.

Mahood’s extensive background as an executive in business operations spans over three decades in both the for- and non-profit sectors. His began his management career while attending college at United Parcel Service; later joining FedEx, BAX Global and Webvan.com in various management-level positions focused on operations, customer service, sales, marketing and general management. He previously served as the President & CEO of the Sacramento Metro Chamber for nearly a decade, helping to spearhead the efforts with the Mayor’s office to retain the Kings NBA franchise in Sacramento, oversaw the nation’s largest chamber of commerce Washington DC fly-in advocacy program, and was named “Executive of the Year” by the Western Association of Chamber Executives in 2010.

Mahood is a 3rd generation California native.  He earned a B.S. in Business Administration – Organizational Communication and Public Relations — from California State University, East Bay.  He is a member of the Rotary Club of San Jose and has served on a number of non-profit boards and community task forces over the course of his career.  He lives in Los Gatos with his wife Penny and has three children, Kyle, Alexa and Melina. 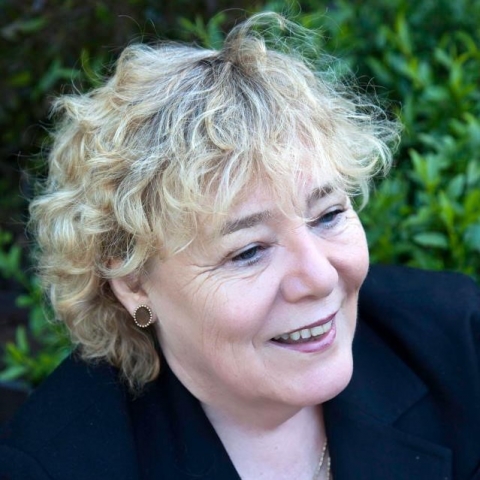 Zoe Lofgren has been a Democratic member of the United States House of Representatives since 1995. She represents the 19th District of California, based in the “Capital of Silicon Valley,” San Jose.

A lifelong Bay Area resident and the daughter of a truck driver and a cafeteria cook, Zoe attended public schools and attended Stanford University on a California State Scholarship, graduating with a bachelor’s degree in political science in 1970. Prior to attending Stanford, Lofgren worked the night shift at the Eastman Kodak plant in Palo Alto to save money for non-tuition college expenses not covered by her scholarship. After graduating from Stanford, she attended, with the help of a scholarship, Santa Clara University School of Law, graduating cum laude in 1975. She served as a member of Congressman Don Edwards’ staff for eight years in both his San Jose and Washington DC offices. While practicing and teaching immigration law, she was first elected to the San Jose Evergreen Community College Board in 1979.  In 1980, she was elected to the Santa Clara County Board of Supervisors where she served for 14 years. Following Congressman Don Edwards’ retirement in 1994 after 32 years in Congress, Zoe was elected to the House of Representatives. She currently serves on the House Judiciary Committee, the House Science, Space and Technology Committee, and the Committee on House Administration.

As the Chair of the Subcommittee on Immigration and Citizenship, and a former immigration attorney and immigration law professor, Zoe is recognized as an established champion of top-to-bottom immigration reform and a national leader in immigration policy. During the 113th Congress she played a key role in negotiating a comprehensive reform bill in the House Representatives as part of an eight-person bipartisan working group.

In 2010, in part due to her work on the Development, Relief and Education for Alien Minors (DREAM) Act, then-Speaker Nancy Pelosi presented Zoe with the gavel used to preside over the passage of the bill in the House of Representatives.

Zoe is known for her work on patent reform, copyright issues, digital rights, and net neutrality.  She successfully fought to initiate the “e-rate” that provides affordable internet access for schools, libraries, and rural health centers, and she is the author of legislation that would allow the unlocking of cellular phones and other digital devices to give owners more control over their devices. She led a bipartisan effort in the House to decontrol encryption technology.

A staunch advocate for digital rights, Zoe was the lead early opponent of the Stop Online Piracy Act (SOPA) and led a successful fight to stop bill in the House Judiciary Committee. Her Online Communications and Geolocation Protection Act would require law enforcement to obtain a warrant before retrieving communications and documents stored remotely or geolocation information about an individual, and her Secure Data Act

In 2014, Zoe led a bipartisan effort to close backdoor loopholes on unwarranted government surveillance. The Massie-Lofgren amendment to the 2015 Department of Defense Appropriations Act to stop the NSA from searching Americans’ private communications collected without a warrant, and to prohibit the NSA from weakening security protections in devices and software for unwarranted surveillance purposes, passed the House by a resoundingly bipartisan vote of 293 to 123.

In 2019, Zoe was appointed Chairperson of the Committee on House Administration by Speaker Nancy Pelosi and confirmed unanimously by the House Democratic Caucus. The Committee on House Administration (CHA) was established in 1947 as part of a larger effort to streamline the U.S. House of Representatives' committee system and to modernize its internal management and operations. After more than 70 years since the committee was established, CHA’s two principal functions include oversight of federal elections and day-to-day operations in the House. Historically, the committee has had a hand in shaping legislation that touches on any and all aspects of federal elections. Issues concerning corrupt practices, contested congressional elections, campaign finance disclosures, and credentials and qualifications of House Members also fall under its purview.

Zoe is also the Chair of the California Democratic Congressional Delegation. It is the most diverse delegation in the House and outnumbers all other state House delegations.

Lofgren is a member of the Select Committee on the Modernization of Congress, formed to make Congress more transparent, unifying and responsive to the needs and aspirations of the American people.

Zoe is married to John Marshall Collins and is the mother of two.

Christopher Thornberg founded Beacon Economics LLC in 2006. Under his leadership the firm has become one of the most respected research organizations in California serving public and private sector clients across the United States. In 2015, Dr. Thornberg also became Director of the UC Riverside School of Business Center for Economic Forecasting and Development and an Adjunct Professor at the School.

An expert in economic and revenue forecasting, regional economics, economic policy, and labor and real estate markets, Dr. Thornberg has consulted for private industry, cities, counties, and public agencies in Los Angeles, San Francisco and the Bay Area, San Diego, the Inland Empire, Seattle, Orange County, Sacramento, Nevada, and other geographies across the nation. Recent and ongoing projects include an analysis of minimum wage programs for the City of Los Angeles; housing and rent control studies for the California Apartment Association; quarterly regional economic outlooks for the East Bay Economic Development Alliance; a recession recovery plan for the City and County of San Francisco; an annual economic assessment of LA’s city council districts for the Los Angeles Area Chamber of Commerce; an analysis of the local technology industry for the Santa Cruz County Workforce Development Board; and economic impact studies for the 2024 Los Angeles Olympic Games Committee and the University of Southern California.

Dr. Thornberg became nationally known for forecasting the subprime mortgage market crash that began in 2007, and was one of the few economists on record to predict the global economic recession that followed. In 2015, he was named to California State Treasurer John Chiang’s Council of Economic Advisors, the body that advises the Treasurer on emerging strengths and vulnerabilities within the state’s economy. From 2008 to 2012, he served as economic advisor to the California State Controller’s Office, and as Chair of then State Controller John Chiang’s Council of Economic Advisors.

Well known for his ability to capture and hold audiences, Dr. Thornberg has presented to hundreds of leading business, government, and nonprofit organizations across the globe including Chevron, The New Yorker, Colliers International, the California Chamber of Commerce, City National Bank, the California State Association of Counties, State Farm Insurance, the City of Los Angeles, the California and Nevada Credit Union League, and the National Steel and Shipbuilding Company, among many others. He has testified before the U.S. Congress House Committee on Financial Services on municipal debt issues, before the California State Assembly Committee on Revenue and Taxation regarding rule changes related to Proposition 13, and before the Los Angeles City Council about proposed changes to local minimum wage laws.

Dr. Thornberg is a panel member of the National Association of Business Economists’ quarterly “Outlook,” and a contributor to monthly economics polls published by Reuters. He also serves on the Boards of Directors of both the California Chamber of Commerce and the Los Angeles Area Chamber of Commerce, and is an Executive Member of the Central City Association (Los Angeles) and a member of the California Association for Local Economic Development. Prior to launching Beacon Economics, Dr. Thornberg was a senior economist with UCLA’s Anderson Forecast. He previously taught in the MBA program at UCLA’s Anderson School, in the Rady School of Business at UC San Diego, and at Thammasat University in Bangkok, Thailand. He has also held a faculty position in the economics department at Clemson University.

A well-known media commentator, Dr. Thornberg has appeared on CNN and NPR and is regularly quoted in major national dailies including the Wall Street Journal and New York Times.

Originally from upstate New York, Dr. Thornberg holds a Ph.D in Business Economics from The Anderson School at UCLA, and a B.S. degree in Business Administration from the State University of New York at Buffalo.