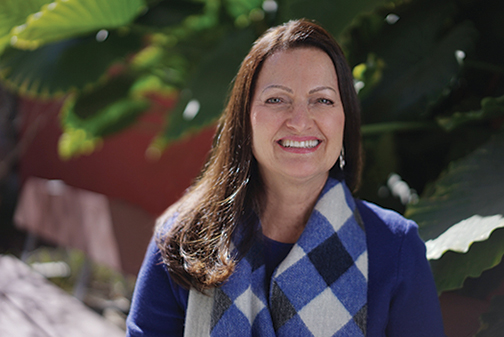 Michele Burns believes that prison inmates deserve a chance to pursue higher education. “Students on the ‘inside’ should have the opportunity to reach their full potential,” she explains. “Many incarcerated individuals dropped out of school due to un-remediated learning difficulties. They grew up in under-resourced communities, and may have missed out on social modeling from other college-going individuals.”

Burns has extensive experience with inmates in nearby Elmwood Correctional Facility. In winter 2016, Santa Clara County released a request for college courses for inmates, and Burns and her colleagues were encouraged to submit a proposal. The result is a fairly new SJSU program, in collaboration with the Office of Reentry Services, which provides academic and career counseling, plus instruction in transferable, credit-bearing courses.

“Students report that they had no idea that they would be capable of completing a college course,” Burns says, “and because of their success, they are now motivated to enroll in more college classes upon release. In fact, several students have continued their education at local community colleges upon release from custody.”

Inmate and philosophy student Samuel Gonzales echoes a similar sentiment: ”Due to education struggles early in life, I never thought of myself as college material. Thanks to this life-changing experience, with success in my first college course (English 1A), I’ve gained confidence to complete college courses in the future.”

The program’s success, in Burns’ view, is due to the teamwork of everyone involved. “The success of the program is due to the dedication, passion, empathy, and commitment of each faculty, staff, and community constituent who has joined the team,” she says.