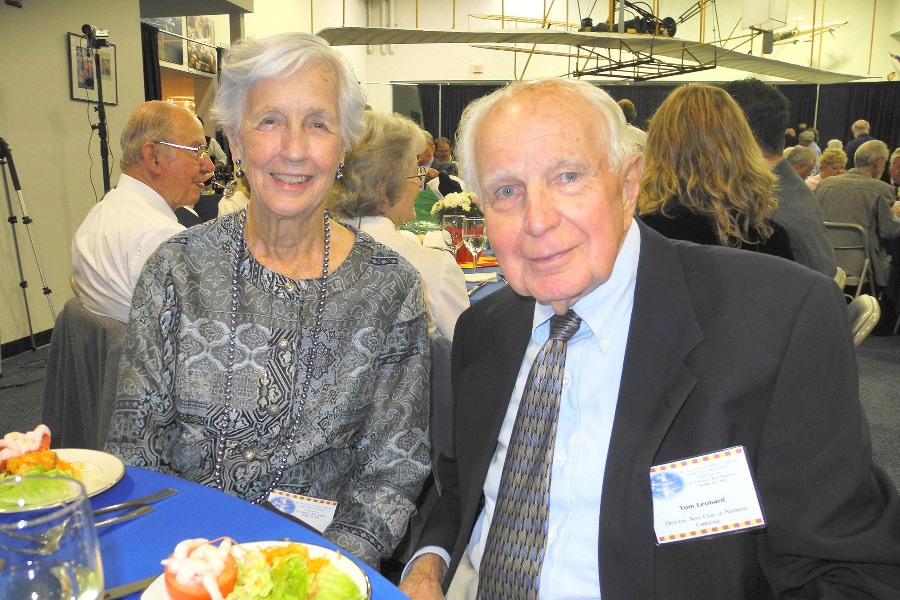 We should all be so lucky to have a life as full as that lived by Tom Leonard. We, many individuals have benefited from Mr. Leonard’s contributions to the nation, San Jose State University and the aviation community. Spanning nine decades, Tom was sharing and giving of his time well into his 90s. We celebrate this life of Tom Leonard.

Tom’s path to his notable career coincides with WWII, when he was working for Pan American World Airways and then in 1943 joined the US Army Air Corp. Following the war, Tom pursued his degree in aeronautical engineering, receiving his B.S. from California State Polytechnic College in 1946. That same year Tom started his distinguished and notable career at San Jose State University (aka: San Jose State College), starting as an instructor and assistant professor over a seven year span. Summers were devoted to graduate studies and employment with aviation icons like Lockheed Missiles & Space Company, Edwards Air Force Base, United Airlines, Hiller Helicopters and other employers such as Farm-Air crop dusting and Palo Alto Airport. Tom also used this period to pursue and acquire his M.A. degree, Education/Aeronautics from San Jose State College in 1956. His focus and specialties were in aviation mechanics, airframe & power plant ratings and propulsion theory.

From 1953 to 1985, a span of 32 years, Tom Leonard served as an associate professor and then full professor and Aeronautics Department Chair. His leadership and department chair covered decades, most likely the longest tenure as department chairman within the whole California State University system. His career is further punctuated by many years of service to aviation professional societies, numerous recognition awards and advisory committees for local Aviation organizations. The SJSU Aviation program today is Tom’s legacy … a program that continues to develop young, new bright aviation professionals.

By all means, Tom’s life was not all work and no play! Behind every good man is a good woman …. Tom married his long time sweetheart, Ann and they enjoyed 50 anniversaries, one son and two granddaughters.