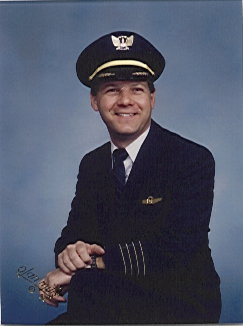 At 10:14 a.m. Sept. 11, as they have done for the past 13 years, the students, faculty and staff of San Jose State’s aviation program paused for a moment of silence in memory of Jason Dahl, '80 Aeronautics Operations.Dahl was the captain of United Airlines Flight 93, which terrorists crashed into the Pennsylvania countryside at 10:14 a.m. Sept. 11, 2001. He began taking flying lessons before he was old enough to drive, and was the first in his family to graduate from college.

"His entire life was about milestones…He was really proud to be a Spartan," said Dahl’s brother-in-law, Bill Heindrich, who attended the event, held in the Industrial Sciences building, home to the Department of Aviation and Technology.

This year, in Shanksville, Pa., a Congressional Gold Medal was awarded to the 40 passengers and crew members who died aboard UA 93. Meanwhile, at SJSU, Dahl’s legacy lives on. The Captain Jason Dahl Scholarship Fund makes a gift to one San Jose State student annually.

As intimate and solemn as ever, this year's event remembered Dahl with a traditional toast for pilots who lose their lives in the line of duty.

“In honor of all those innocents who had 'gone west' during that horrific day 13 years ago, including our very own Jason Dahl,” said Professor and Aviation Advisor Dan Neal, "let us stand towards the West, raise our glasses and toast 'to all those who have gone West.'" 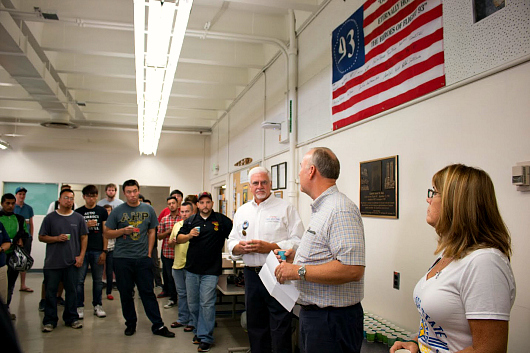 Below a flag signed by his family and a plaque bearing his likeness, students, faculty and staff remember Jason Dahl, alumnus and captain of UA 93 (Department of Aviation and Technology photo).