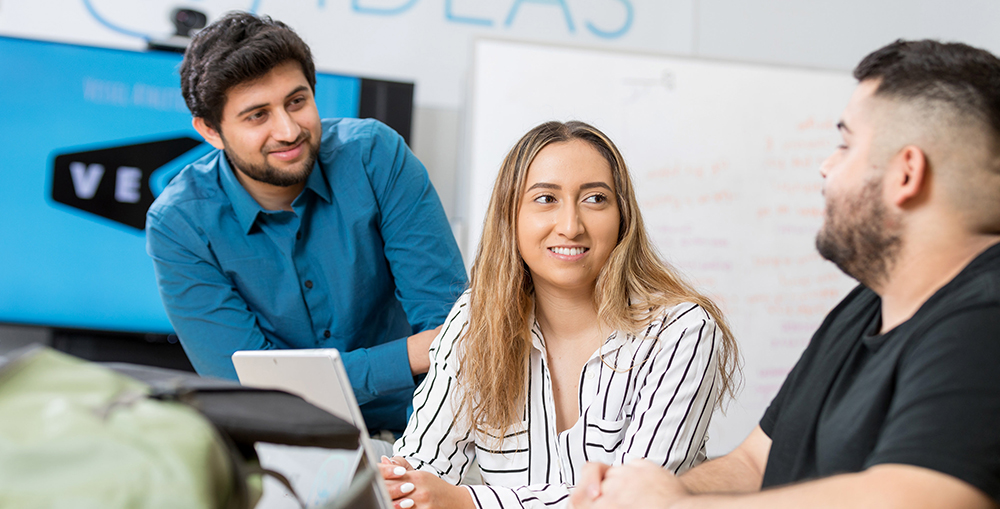 All three SJSU startups were founded by students who have been active in San Jose State’s startup ecosystem, and were selected to participate in the Zinnstarter student accelerator program. Shariq and Jasmine participated in the ZinnStarter program in 2017-18 and Ricky was in the latest 2019-20 cohort.

The ZinnStarter program is run by SJSU’s Silicon Valley Center for Entrepreneurship and is sponsored by SJSU alumnus Raymond “Ray” Zinn, Silicon Valley’s longest serving CEO. Since its inception in 2017, the program has selected a small cohort of SJSU student entrepreneurs each year, and provided them with mentorship, support, and small amounts of funding. The ZinnStarter program is run by students for students, under the guidance of Professor Anu Basu, Director of the Silicon Valley Center for Entrepreneurship and Professor in the Lucas College and Graduate School of Business.

Shariq said that the early mentorship and support that he received from SJSU’s startup ecosystem, which includes the Venture Lab class, the Zinnstarter program, the Silicon Valley Innovation Challenge, and the Silicon Valley Business Plan Competition, significantly help him develop his idea. “This is a phenomenal win for SJSU. The fact that SJSU took three out of the four prizes while competing with other schools that are renowned for their entrepreneurs shows that we too foster the right mindset. With the right support, I believe that San Jose State can help create amazing companies” said Shariq, excited that he could share in a victory with his fellow entrepreneurs.

An important characteristic of entrepreneurs is the ability to take advantage of the resources around you. “It's such an honor to be one of the recipients alongside so many other amazing teams. Creating a product like the Hydroshirt has been an incredible journey and I could not have gotten here today without the support of incredible communities and programs such as TiE” said Jasmine. 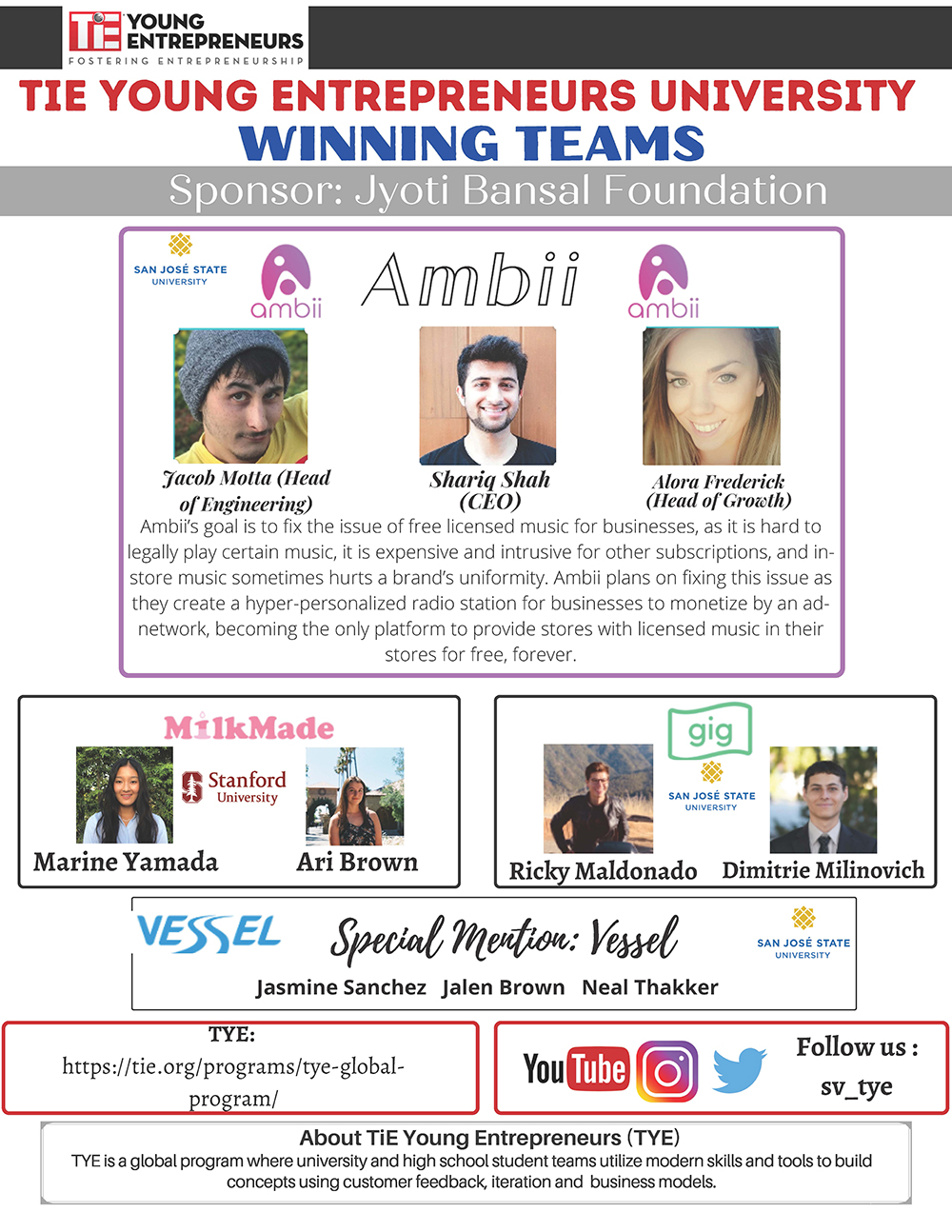