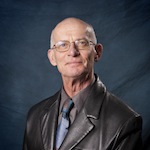 Fred Mathews graduated from Stephens College, where he worked under the tutelage of Harriette Ann Gray, former Humphrey-Weidman dancer, and subsequently becoming her protégé. He then joined the internationally recognized José Limón Dance Company, where he became known for his dramatic portrayals. He performed in a broad repertory of works including There is a Time, The Winged, A Choreographic Offering (dedicated to Doris Humphrey), The Unsung, The Traitor, Missa Brevis, and was featured as the 'white man' in The Emperor Jones. In addition, he performed in original works by Anna Sokolow, Ruth Currier, and Ted Rotante. In 1975, he was engaged to dance opposite Rudolph Nureyev at the London Coliseum in Limón's masterpiece The Moor's Pavane.

His first major work, Solaris, was premiered by the Limón Company in 1975 and received enthusiastic reviews. His next piece, Lunaris, was choreographed for Winnipeg's Contemporary Dancers and became known as his signature work. In 1979, he and former Limón dancer, Gary Masters, formed the Mathews-Masters Dance Company in New York City, performing throughout the United States and in Europe. In 1989, Mr. Mathews was invited to join the faculty at San José State University. Professor Mathews is Choreographic Advisor for sjDANCEco and serves as co-director of Danceworks, which produces Bay Area dance companies semiannually.