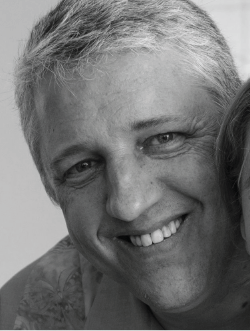 Professor John Clapp was born and raised in the San Francisco Bay Area. Originally, what sparked his interest in art was comic strips, comic books, and cartooning in general. He majored in illustration at Art Center College of Design in Pasadena. Several years later, he received a Master's Degree in Illustration from Syracuse University.

After receiving his Bachelor's Degree, Professor Clapp moved back to the Bay Area and began his career as a freelance illustrator, working for advertising, editorial, and institutional clients, but primarily working in the publishing world, illustrating book jackets and later writing and illustrating children's books.

Teaching at SJSU since 1994, Professor Clapp has been a teacher or guest instructor at several institutions, including the California College of Arts, the Academy of Art, and as a Fulbright Scholar at Gobelins in Paris.

He is currently the Foundations and Visual Development Coordinator for the Animation / Illustration Program.