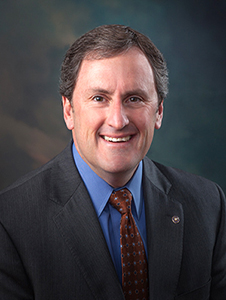 Jay has extensive experience litigating in State and Federal courts, regularly handling cases in courts throughout the Bay Area and beyond.  Among other distinctions, Jay holds Martindale-Hubbell’s AV® Preeminent™ peer ranking, its highest ranking, and has repeatedly been recognized in US News Best Lawyers in America© and recently named “Lawyer of the Year” by The Best Lawyers in America©, for his work on real estate litigation. In addition to his trial and binding arbitration experience, Jay has mediated numerous cases to successful resolution for his clients.

In addition, Jay represents businesses in creditor-side bankruptcy proceedings, engagements, which frequently involve courts outside of California.  His experience in this area includes:

Jay led the firm’s effort to create “Bankruptcy Bytes”, a series of brief videos published on platforms such as LinkedIn to help educate people and companies who are dragged into bankruptcy proceedings.

Christopher Thornberg founded Beacon Economics LLC in 2006.
Under his leadership the firm has become one of the most
respected research organizations in California serving public and
private sector clients across the United States. In 2015, Dr.
Thornberg also became Director of the UC Riverside School of
Business Center for Economic Forecasting and Development and
an Adjunct Professor at the School.

Recent and ongoing projects include housing and rent control studies for the California
Apartment Association; quarterly regional economic outlooks for the East Bay Economic
Development Alliance; a recession recovery plan for the City and County of San Francisco; an annual economic assessment of LA’s city council districts for the Los Angeles Area Chamber of Commerce; an analysis of the local technology industry for the Santa Cruz County Workforce Development Board; and an economic impact study for the 2024 Los Angeles Olympic Games Committee.

Dr. Thornberg became nationally known for forecasting the subprime mortgage market crash
that began in 2007, and was one of the few economists on record to predict the global
economic recession that followed. Well known for his ability to capture and hold audiences, Dr. Thornberg has presented to hundreds of leading business, government, and nonprofit
organizations across the globe including Chevron, The New Yorker, Colliers International, the
California Chamber of Commerce, City National Bank, the California State Association of
Counties, State Farm Insurance, the City of Los Angeles, the California and Nevada Credit Union League, and the National Steel and Shipbuilding Company, among many others. He has testified before the U.S. Congress House Committee on Financial Services on municipal debt issues, before the California State Assembly Committee on Revenue and Taxation regarding rule changes related to Proposition 13, and before the Los Angeles City Council about proposed changes to local minimum wage laws.

Dr. Thornberg is a contributor to monthly economics polls published by Reuters. He also serves as Chair of the California Chamber of Commerce Economic Advisory Council, is on the Board of Directors of the Los Angeles Area Chamber of Commerce, is an Executive Member of the Central City Association (Los Angeles), and is a member of the California Association for Local Economic Development. Prior to launching Beacon Economics, Dr. Thornberg was a senior economist with UCLA’s Anderson Forecast. He previously taught in the MBA program at UCLA’s Anderson School, in the Rady School of Business at UC San Diego, and at Thammasat University in Bangkok, Thailand. He has also held a faculty position in the economics department at Clemson University.

A well-known media commentator, Dr. Thornberg has appeared on CNN and NPR and is
regularly quoted in major national dailies including the Wall Street Journal and New York Times.

Originally from upstate New York, Dr. Thornberg holds a Ph.D in Business Economics from The Anderson School at UCLA, and a B.S. degree in Business Administration from the State
University of New York at Buffalo.