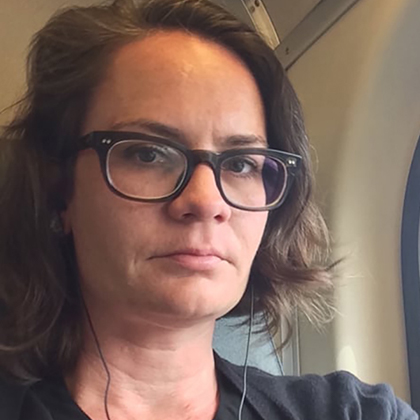 Apryl Berney is a lecturer in the Asian American Studies department and The Department of Film and Theatre at San José State University. She is nearing completion on her dissertation Rock and Roll Finishing School: Sixties Girl Groups and Urban Black Female Youth Culture in Post-World War II America which is based on a series of interviews conducted with over a dozen women who participated in all-female vocal groups, popularly known as girl groups, during the 1950s and 1960s. An article drawn from this dissertation and entitled, “'In the Basement:’ Afro-Asian Teenage Female Alliances in Post-World War II America,” appears in a special issue of Scholar & Feminist online on Afro-Asian Feminist & Queer Formations (eds. Vanita Reddy and Anantha Sudhakar, February 2018).