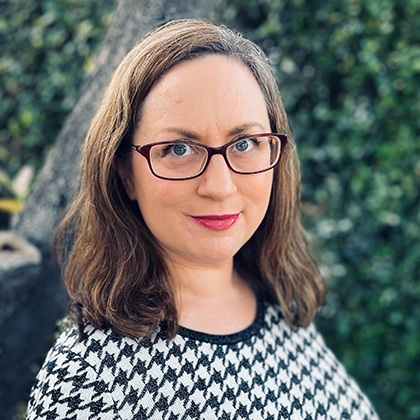 Capri Burrows is a San José State University alum and teaches Introduction to Media, Media and Culture, and Critical Studies and Research in Radio, Television, and Film. Her B.A. in Radio-Television-Film had an emphasis in media literacy and criticism. For her M.A. in Communication Studies, she focused on intersectional feminism, performance studies, and pedagogy.

Capri’s lifelong passion is media literacy, and she is currently fascinated by the social and cultural effects of newer platforms and digitally converged mass media. Her goals in the classroom include improving students’ critical thinking and research skills. She loves helping Film and Theatre majors become the best storytellers they can be through audience-centered scholarship and media criticism.