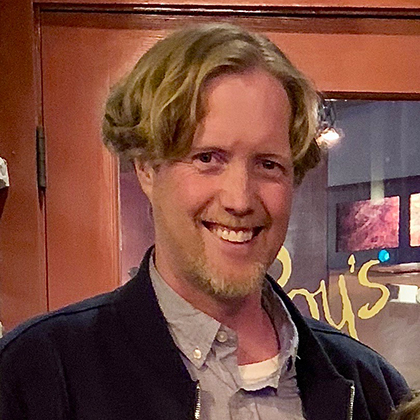 Drew Todd  teaches film history, appreciation, and analysis through Radio-Television-Film at San José State University. He earned his Ph.D. from the Department of Communication and Culture at Indiana University, Bloomington. Although interested in most areas of cinema and media, he specializes in film history and aesthetics, 1970s American cinema, crime films, Surrealism, and dandyism, and has published on these and other topics in journals and books. He also writes in the field of Film Studies. His areas of specialization include Art Deco Hollywood (1930s)—and specifically the intersections of design, commerce, gender, and ideology—film noir and crime movies, and Iranian second-wave cinema. Most recently he has edited a book on Iranian filmmaker Jafar Panahi (University Press of Mississippi, 2019).

Drew Todd sits on the Advisory Committee of the Santa Cruz Pacific Rim Film Festival and is regularly on a jury for Cinequest Film Festival in San José. When not working, he is ideally spending time with his family, camping in the Sierras, or playing tennis or competitive bridge.