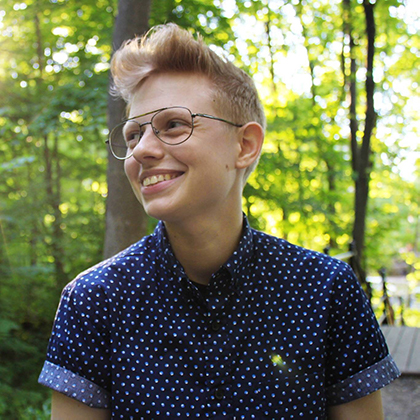 Haley Gilchrist is a filmmaker and educator teaching Alternative Cinema. They received their MFA in Cinema from San Francisco State University and a BA in Film and Media Studies and Women, Gender, and Sexuality Studies from the University of Kansas. Haley’s specializations include queer and feminist film theory, screenwriting, film production, and post-production. They are currently writing screenplays and putting the finishing touches on a short genderqueer romantic comedy and a short mockumentary, which they wrote and directed.