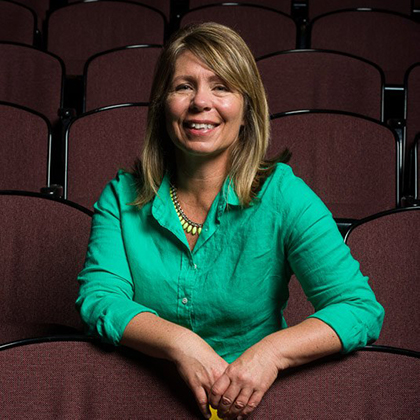 Kathleen Normington has directed and acted on stage in Japan, Europe, and the US. An actress for over 30 years, she has performed locally with Center Rep and other companies. In 2011 she appeared in the Spartan Films feature film Always Learning. Kathleen has taught at SJSU since 1998 and teaches courses in acting, voice and movement, theatre appreciation, and contemporary theatre. She has directed many productions for the department including Jane Austen’s Emma, Shakespeare’s Macbeth, A Midsummer Night’s Dream, and Twelfth Night and most recently, the revolutionary musical, Marat/Sade. Kathleen has also taught at Diablo Valley College and Foothill College. For Diablo Valley College she directed Shakespeare’s The Taming of the Shrew and Clybourne Park. For Renegade Theatre Experiment she has directed The Shape of Things, Boom, 9 Circles, and Perishable, Keep Refrigerated (World Premiere). Kathleen co-authored Simply Acting: A Handbook for Students and was awarded one of San José State University’s highest teaching awards as the 2012/2013 Outstanding Lecturer.