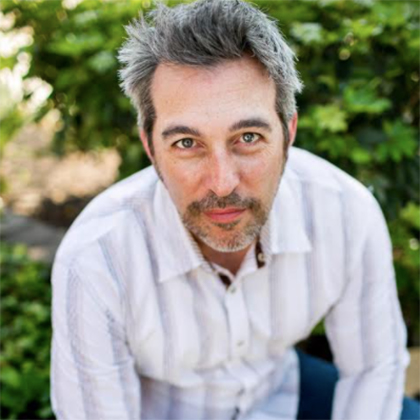 Matthew Salazar-Thompson has been commissioned as a playwright by The San Diego Repertory Theatre (Star Crossed), North Coast Repertory Theatre (Ted Williams: A Tip of the Cap, Mistletoe, Music & Mayhem!), Compass Theatre (9066, The 146 Point Flame), New Fortune Theatre (Cellar Door, Switching Tracks), Coronado Playhouse (If the Shoe Fits, A Roman Holiday), The Road Theatre (Who's on Alpha?), and Point Loma Playhouse (The Complete History of Theatre (abridged), A Christmas Carol: The Classic Radio Drama). His play, Who's Afraid of Me, Myself and Edward Albee? was conceived of and mentored by Edward Albee himself over the course of several years and later turned into a shot film by Aquanaught Productions. In 2016 Mr. Thompson collaborated with La Mama Experimental Theatre Group in Umbria, Italy with resident master playwright Mac Wellman in the development of his comedy The Complete History of Theatre (abridged) and the revision of The 146 Point Flame which was mentioned in Southern Theatre Magazine as one of the top ten plays to produce on the social topic of immigration. Both plays have are available through Dramatic Publishing. He also worked with Mr. Wellman in the development of Switching Tracks which has had several professional staged readings and was a top five finalist for the Detroit New Works Festival in 2017 the Garry Marshall Theatre New Works Festival 2018 and North Coast Repertory Theatre’s Playwriting Showcase. His plays have been published through Dramatic Publishing, Heuer Publishing, Eldridge Publishing, Brooklyn Publishing and Norman Maine Publishing. His play Señorita Julia, a modern adaptation of August Strindberg’s Miss Julie, was produced by Pacific Playwrights Conference of San Diego in 2018 and The Roustabouts Theatre in San Diego in 2020. His short play A Fare Ride was adapted into a film through New York based Momi Films and is scheduled for several film festival premieres in 2020. He has directed for The La Jolla Playhouse, North Coast Repertory Theatre and many other theatres in the San Diego Area. Also an actor he has worked at The La Jolla Playhouse, San Diego Repertory Theatre, North Coast Repertory Theatre, Cygnet Theatre, Sierra Repertory Theatre, Lamb’s Player’s Theatre, Moxie Theatre and Diversionary Theatre. Matthew is the former Artistic Director of Point Loma Playhouse and the former Associate Artistic Director of North Coast Repertory Theatre. He received his MA in Theatre from San Diego State University and his MFA in Creative Writing / Playwriting from UC Riverside. Currently he is a lecturer in The Theatre and Film Department at San José State University.