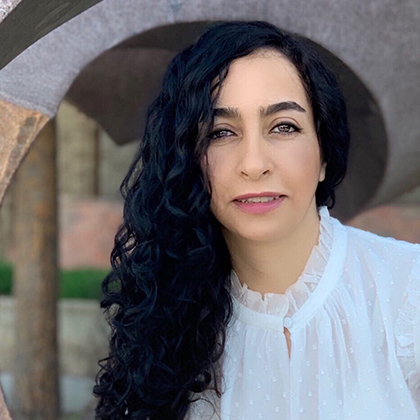 Raha Shojaei is a Ph.D. candidate in the interdisciplinary Fine Arts program and conducts her research in Sound Studies at Texas Tech University. Raha’s primary research focuses on sound studies with an emphasis on gendered voice in film. This study has shaped her inquiry into how cultural conditions suggest new forms and strategies for the cinematic system and change structures of the interactions between image and sound. Her research interests include sound and voice studies, gender and women’s studies, as well as film and media studies. Raha has earned her Master’s in Sound Design from Savannah College of Art and Design and studied her BFA in Cinema / Editing from the Art University of Tehran. She has professional experienced in the sound production and post-production of various types of films including features, documentaries, short films, and animations.