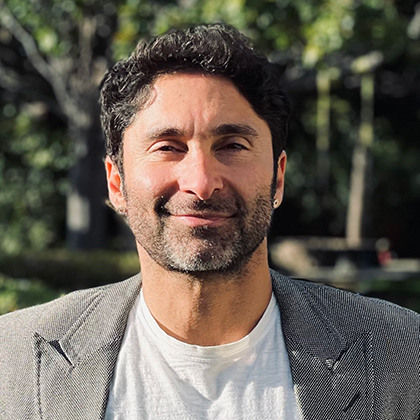 For over twenty years, Emmy Nominated producer & director Sam Gollestani has been at the cutting edge of film and television production. As a proud SJSU RTVF alumnus, Sam has created & delivered hit projects for FOX, Disney, Sony, and NBC Universal. For nearly two decades, he has collaborated with Emmy Award winning production house, Mark Burnett Productions for iconic TV shows including “Survivor”, “The Contender”, and “The World’s Toughest Race” which was the #1 summer series for Amazon Prime Video in 2020. Sam brings his invaluable experience, knowledge and skill to each project he’s a part of.