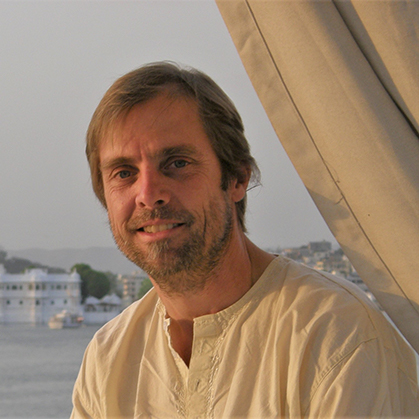 Steve Mannshardt Steven Mannshardt is a lecturer in The Film and Theatre Department, supervising the fields of Stage Management, Lighting, and Sound. Steve also designs the lighting for the mainstage theatrical productions for the department in the Hammer Theatre and runs the Stage Management Mentorship Program.

Steve earned his MFA in Theatre Technology at the University of California, Los Angeles, and his BA in Technical Theatre at California State University Hayward (now CSU East Bay). For the past four decades, Steve has worked professionally in the theatre industry as a lighting designer for hundreds of productions at dozens of regional theatre companies throughout the US, Canada and Europe. This includes his role as Resident Lighting Designer at TheatreWorks Silicon Valley, recipient of the 2019 Tony Award for outstanding Regional Theatre in America. He is also an active member of United Scenic Artists 829, the national union of theatrical designers, and served as one of the leaders of the Production Managers Forum resume development workshops at the United States Institute for Theatre Technology for ten years.

Steve also works to promote education in developing countries throughout the world. As the Founder and Executive Director of WorldWide Education Partnerships for Nepal, Steve has spent the past decade building schools, creating libraries and providing both basic and advanced education resources for hundreds of impoverished Nepali children and adults.

Not content with inactivity, Steve also manages an international travel service - Magical Journeys Beyond, creating customized adventures throughout South Asia and Southeast Asia. Having traveled to over 60 countries, Steve regularly seeks out international destinations rich in artistic and cultural heritage and can often be found watching spectacular sunrises in the rural villages of India.