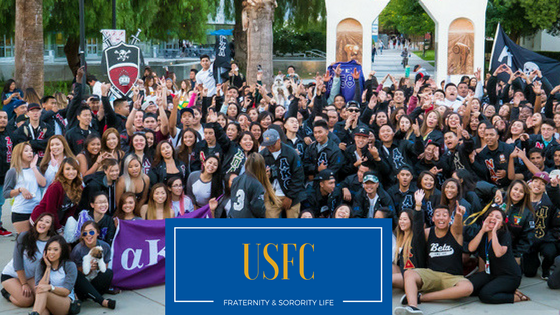 The United Sorority and Fraternity Council (USFC) at San José State University was established in 2003, seeking a more diverse cooperative existence between sorority and fraternal orders. USFC is the coordinating body for the seventeen local, regional, or national, cultural interest fraternities and sororities. The purpose of the United Sorority and Fraternity Council is to assist member sororities & fraternities in the achievement of their noble purposes, to provide a forum for the government & regulation of chapter affairs, to enrich chapter life on campus, to act as a liaison between our member chapters & the University administration by establishing a communicative network for all sororities & fraternities, and to promote unity among our chapters and the college community. While most groups recruit in fall and spring, not all groups do.