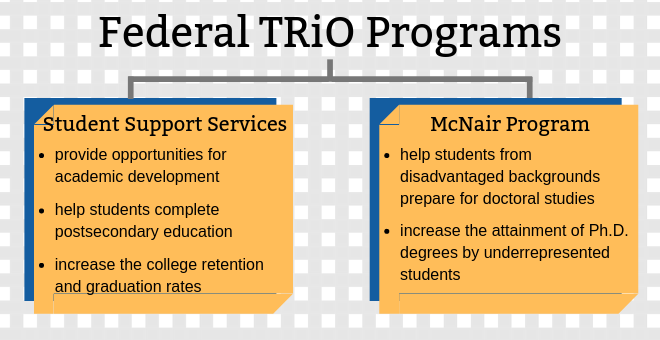 Our nation has asserted a commitment to providing educational opportunity for all Americans regardless of race, ethnic background, or economic circumstance.

To support this commitment, Congress established a series of programs to help low income Americans enter college and graduate. These programs are funded under Title IV of the Higher Education Act of 1965 and are referred to as the TRiO programs, including the McNair Scholars program.

The McNair Program, funded by the U.S. Department of Education, proposes to motivate and prepare promising undergraduate students for graduate study. Named for the Challenger space shuttle crew member, the Ronald E. McNair Program serves as a living memorial to a man who overcame seemingly insurmountable odds to be awarded his Ph.D. in physics and later, to realize his dream of becoming an astronaut for NASA. 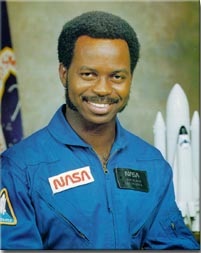 He was nationally recognized for his work in the field of laser physics. Selected for the astronout program in 1978, he was also the reciepient of many honorary degrees, recommendations and fellowships. A sixth degree karate black belt holder and a highly accomplished saxophonist, Dr. Ronald McNair was the father of two children, Reginald Erwin and Joy Cheray.

Dr. McNair and six fellow astronauts died in a fiery explosion aboard the space shuttle Challenger on January 28, 1986. The Ronald Erwin McNair Postbaccalaureate Achievement Award Program was authorized by Congress in 1986 in his honor to increase the number of college students from low income, underrepresented backgrounds pursuing doctoral degrees. It was also aimed at increasing the number of underepresented faculty teaching in colleges and universities.

Dr. Ronald E. McNair's spirit lives on in his often cited words, "Before you can make a dream come true, you must first have one."