Spartan Racing recently took first place overall at Formula SAE (Society of Automotive Engineers) in Lincoln, Nebraska. Not only is it the first time that Spartan Racing has won a competition, but it is the first time a California based team has won the competition in its 35+ year history. This is a great achievement for San José State University as well as the MidCal & SoCal SAE Chapters.

To achieve the overall win, Spartan Racing competed against some of the best teams from the United States and abroad. With 80 competitors from various countries and continents, the team knew that competition would be tough. After an unfortunate obstacle of a failing motor in the FSAE Michigan competition, the team remained unfazed and continued to move forward. As soon as finals season ended, the team went right back to work-creating a car that was faster and more understood than ever. This perseverance and dedication allowed the team to bring home several event wins and top finishes.

All of the hard work and effort that the team put is heavily reflected within the competition results.

Now that Formula SAE is over, the team has announced its attendance in their first European competition during the 2016 season. With the success that they gained in the United States & Canada, the team is ready for the next step—competing in Formula Student Germany & Austria. This will be a significant cost to the organization, but the team is both optimistic and excited. If you would like to support the team in this next endeavor, please contact Spartan Racing at www.sjsuformulasae.com or www.facebook.com/SpartanRacingSJSU. 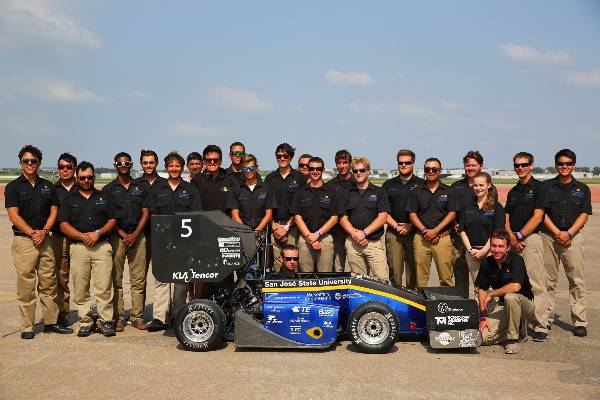