The Graduate Research Fellowships from the National Science Foundation Awards have been announced for 2013!  This fellowship provides a stipend for three years of graduate study, and is based on academic excellence at the undergraduate level.  Ruth Herrera and Manuel Alhumada, both from the ME program, have both been named recipients of this prestigious award this year and are two of 6 recipients from all of SJSU.  The complete list of 2013 awardees can be found here.  Previous recipients from our department include Monica Kapil (BSME 2010, currently pursuing a PhD at UC Berkeley) and Anita Rogacs (BSME 2007, currently pursuing a PhD at Stanford).

Ruth Herrera Reed graduated with her BSME in 2010, and is currently pursuing a PhD in mechanical engineering at University of California at Berkeley.  The title of her proposed research project is "Analysis of Molten Glass in Direct Absorption Receivers." Here is a brief description written by Ruth:

The main goal is to analyze molten glass to predict their outlet temperatures, calculate their heat transfer coefficient and its efficiency." 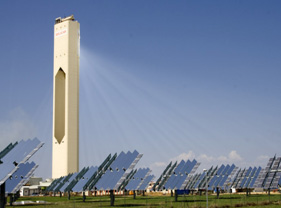 Manuel Ahumada will receive his BSME in June 2013.  In regards to his plans, he is almost certainly settled on attending Stanford, and plans to send in his acceptance on April 15th. He intends on obtaining a Ph.D in mechanical engineering focusing on robotics and control systems. After that, he plans on continuing his research efforts as a professor. He has grown a liking for both research and helping people reach their goals, and feels as though being a professor would definitely allow him to continue both while being a positive role model for future students.

We will check in with Manuel in the fall when he is settled at a school and a research project, so stay tuned for further news.