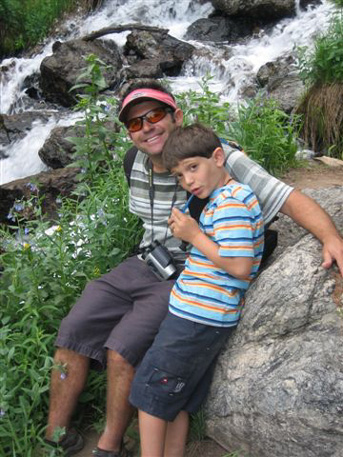 My interest in meteorology began as a weather observer aboard ship in the U.S. Navy. When my stint was up, I settled in Berkeley and found my interest in the natural sciences increasing along with my passion for surfing, skiing, and generally anything outdoors. I figured if I continued to study meteorology, I would now have the early tip when the surf would be up, and I could plan powder ski trips days in advance.

Realizing SJSU was one of the premier institutions to study weather, I enrolled in 1994. The three years I spent at SJSU were challenging, loads of fun, and ultimately very rewarding. I earned my B.S. in 1997. I then went on to work as a weather forecaster in the private aviation sector for several years in the Bay Area. Simultaneously, I discovered the excitement of broadcasting through a friend who was the meteorologist at a San Jose television station. In 2001, I was offered a job at KNAZ-TV in Flagstaff. The education I received from the Meteorology Department provided me the tools to take my career wherever I wanted. 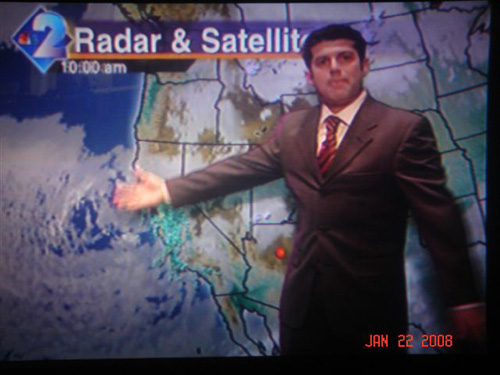 My wife Debbie, our two boys, Seth and Elijah, and I are truly lucky to live and work in such a majestic area. Forecasting the weather in Northern Arizona never gets old. We experience four distinct seasons that feature big winter snows and boiling summer thunderstorms all of which keep the forecast challenge alive and well.

Seth and Elijah in the snow!