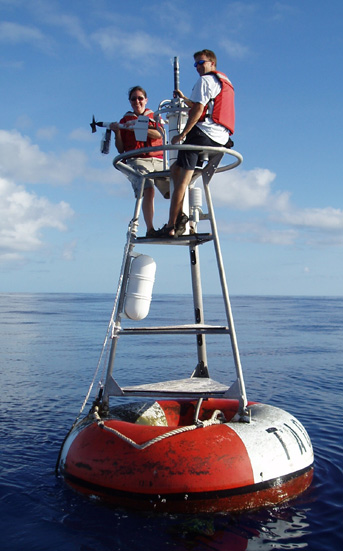 You always want what you don't have. For me, that meant the ocean and tropical weather. Growing up in the San Bernardino Mountains of Southern California, these were two fields that I had little experience with, leading to the desire to learn more. I decided to focus on meteorology. I was accepted into and began the meteorology program at San Jose State University in fall 2001. During my junior and senior years at SJSU, I interned at the National Weather Service in Monterey, CA. Although the classes were interesting, and I was learning a lot about forecasting at the weather service, I still had a strong interest in oceanography. Therefore, I spent the summers aboard the National Oceanic and Atmospheric Administrations Ships Albatross IV and Delaware II as a volunteer scientist. This in turn led me to discover the NOAA Corps.

The NOAA Corps was my opportunity to combine oceanography and meteorology. After graduating with a BS in meteorology and a minor in physics from SJSU, I was accepted into the 107 th Basic Officer Training Class, and began my career in the NOAA Corps in March 2005. The three months of training held at the Merchant Marine Academy in Kings Point, NY prepared me for my first sea tour. There I learned basic skills in shipboard safety, fire-fighting, fast rescue boat, navigation, radar, and, most importantly, ship handling. I graduated from the training course in June 2005 and deployed to my first sea assignment.

I met up with the NOAA Ship Ka'Imimoana (Hawaiian for Ocean Seeker) in Kwajalein, Marshall Islands. The Ka'Imimoana is an oceanographic vessel that services the Tropical Atmosphere and Oceans buoy array along the equatorial Pacific. I was named Navigation Officer and later acted as the Field Operations Officer. I learned quite a bit more about ship-handling and oceanographic operations aboard the KA in addition to traveling to many of the pacific islands, including Western Samoa and Nuku Hiva in the French Marquises. I also attending working diver training and became one of the ships divers. This allowed me to not only service the buoys from above the service, but also from below.

After completing my sea tour in January 2007, I was sent to Miami, FL to begin my current land assignment at the National Hurricane Center. My primary duty at NHC is to run the operational storm surge model during U.S. land-falling hurricanes. In addition to working in the storm surge unit, I serve as a Hurricane Support Meteorologist, providing interviews for the media and creating the warning graphics for the hurricane specialists. During non-hurricane season, I create model runs for hypothetical tropical cyclones that aid in evacuation planning by emergency managers, and work at the surface analysis desk in the Tropical Analysis and Forecast Branch of the Tropical Prediction Center.

I recently decided to take advantage of being land-based and return to school. I am currently in my first semester of graduate school at the University of Miami's Rosenstiel School of Marine and Atmospheric Science.

I am very fortunate to have had the opportunity to travel and work in both oceanography and meteorology. This could not have been possible without the teaching and support of the professors and faculty in the meteorology department at SJSU. Thank You! 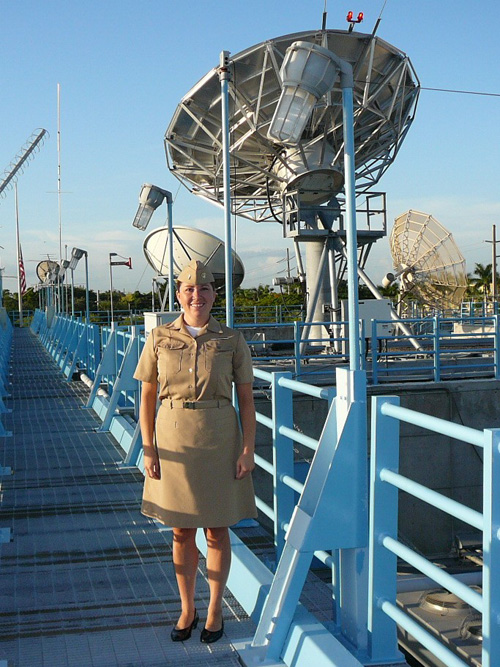