News from back in the day

Our annual rain forecasting competition has begun! This year, we are guessing the date by which the accumulated rainfall on the roof of Duncan Hall will go over 2.75 inches. In light of the flooding rains in eastern Colorado this week, 2.75" seems like peanuts, but it's already MORE than the total amount of rain received since January 1, 2013 at San Francisco airport!

Here's the magic list of everybody's picks (developed after hours of intensive thought)! 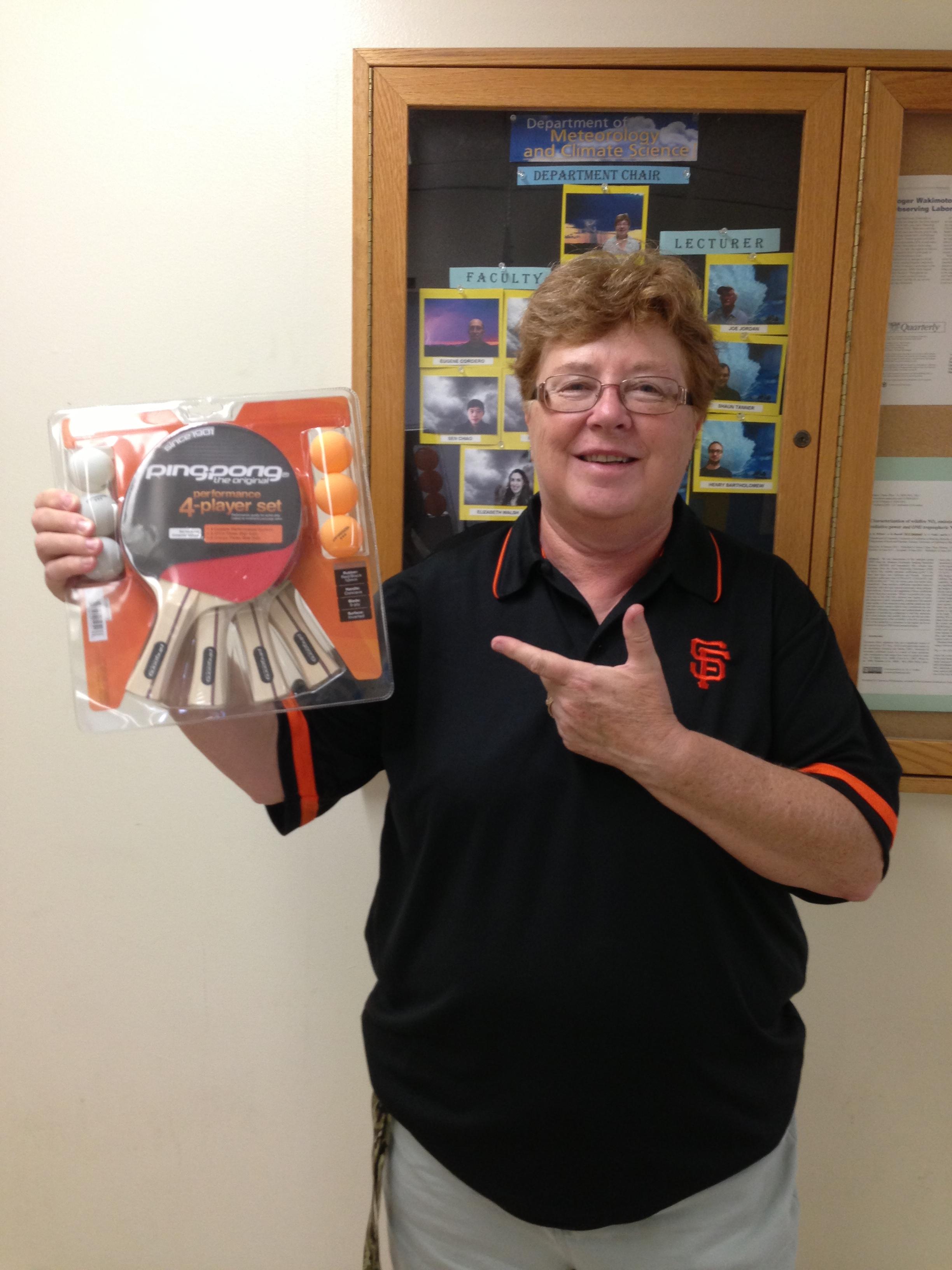 Faculty updates...  Congratulations to a large chunk of our faculty who have earned campus awards and grants for the forthcoming year! Professors Eugene Cordero, Elly Walsh and Alison Bridger each earned two competitive awards! Each earned a RSCA Award (Research, Scholarship and Creative Activity) to enable research projects to get underway. And each also earned an ITCR Award (Innovative Teaching - Course Redesign) to allow them to develop new teaching approaches (example: online classes). Congrats to these faculty!

Congratulations to graduate student Dianne Hall !! Her paper on "Observations of fire behavior on a grass slope during a wind reversal" received the Best Student Paper Award by the International Association of Fire Safety Science. Her paper was presented at the 4th Fire Behavior and Fuels Conference held in Raleigh NC. The award carries mostly prestige - but also a small cash prize!

Graduation 2013!!!!  A large group of undergrads are graduating this year, along with some MS students. Congratulations to all our graduates this year!  We held a reception for students and their families, and in the background the students were showing a slideshow from their time here. Here it is (it's quite large)! 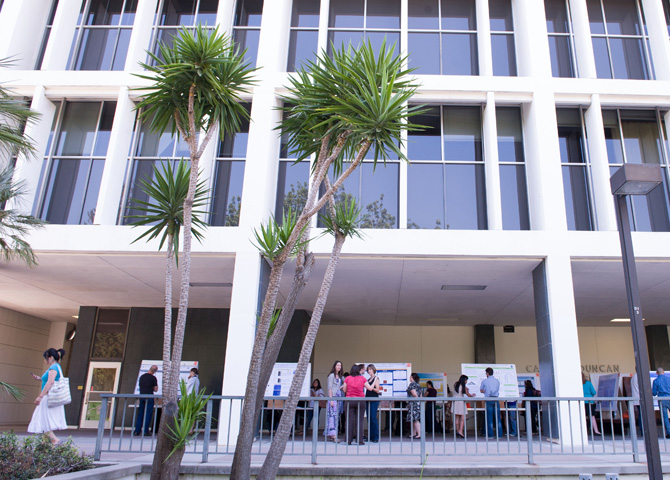 The 9th Annual College of Science Research Day was held on Friday May 3, and our department was well represented! Check out this link to see a slide show featuring several of our faculty and students! And follow the link in the text to see some of Dr. Clements' fire weather work! 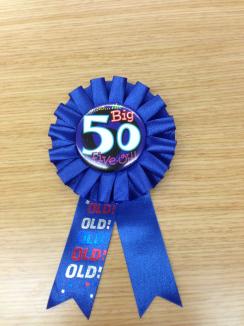 Happy birthday to us! Our department was founded in 1963, and today we're celebrating! Looking forward to the next 50!!! 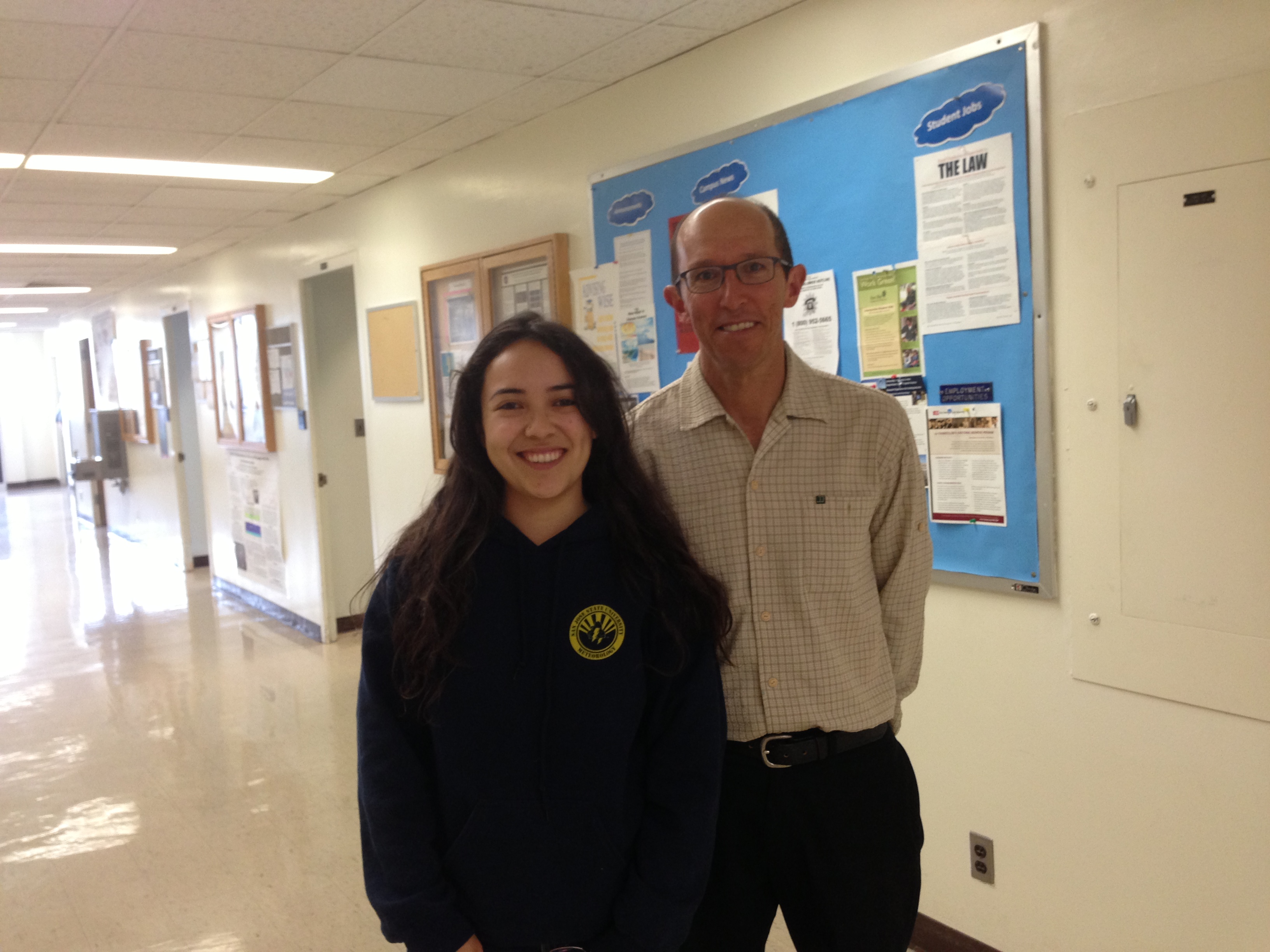 Congratulations to sophomore meteorology student Gaby De La Cruz, pictured above with mentor Professor Eugene Cordero! Gaby has been accepted into the summer SOARS program! SOARS is run by the University Corporation for Atmospheric Research (UCAR). For Gaby, this will mean a fully-paid summer in beautiful Boulder,  CO. There, she will work with a mentor in the atmospheric science community conducting a research project. SOARS is a wonderful program, and entry into it is highly competitive. We are very proud of Gaby! 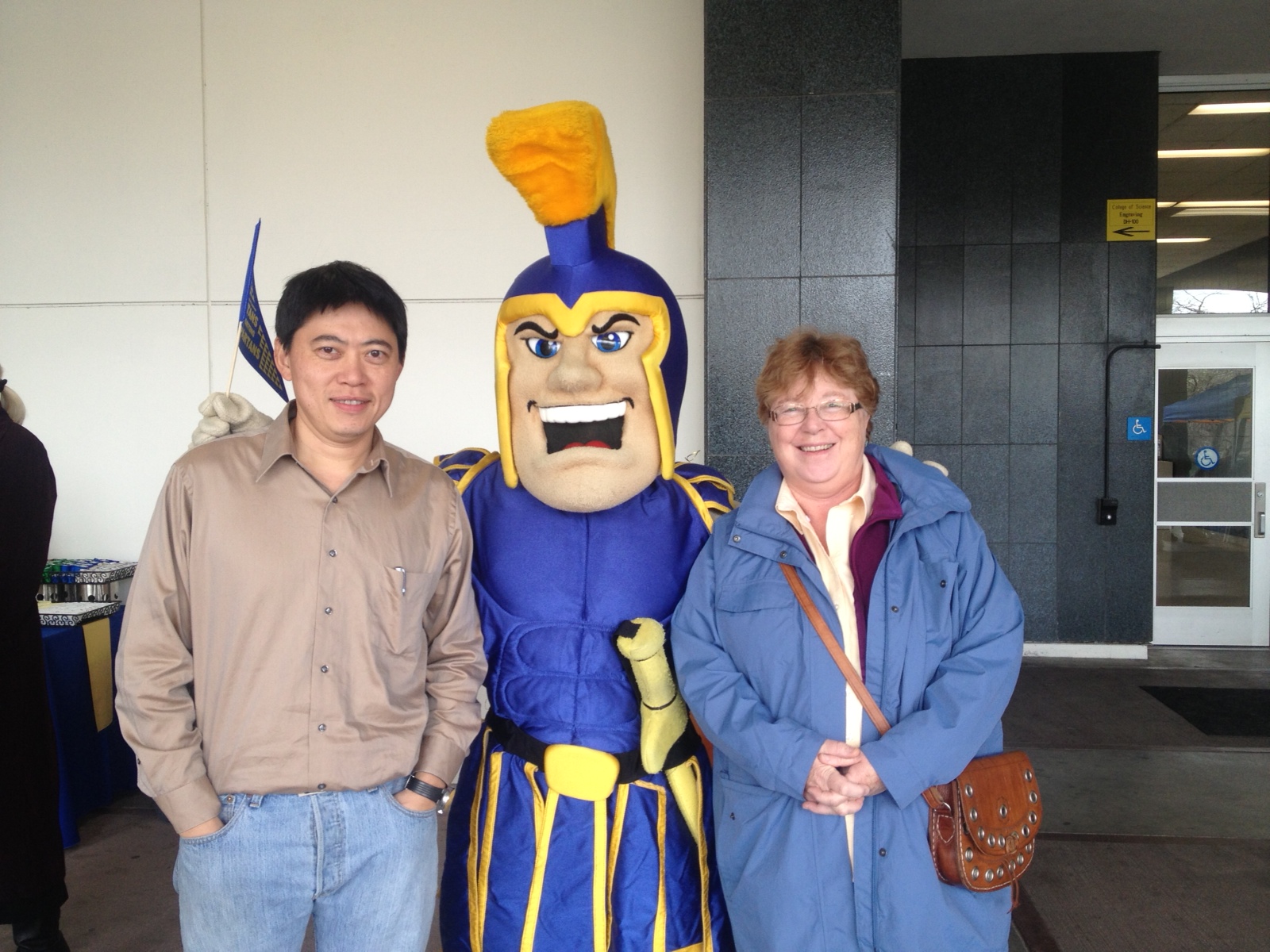 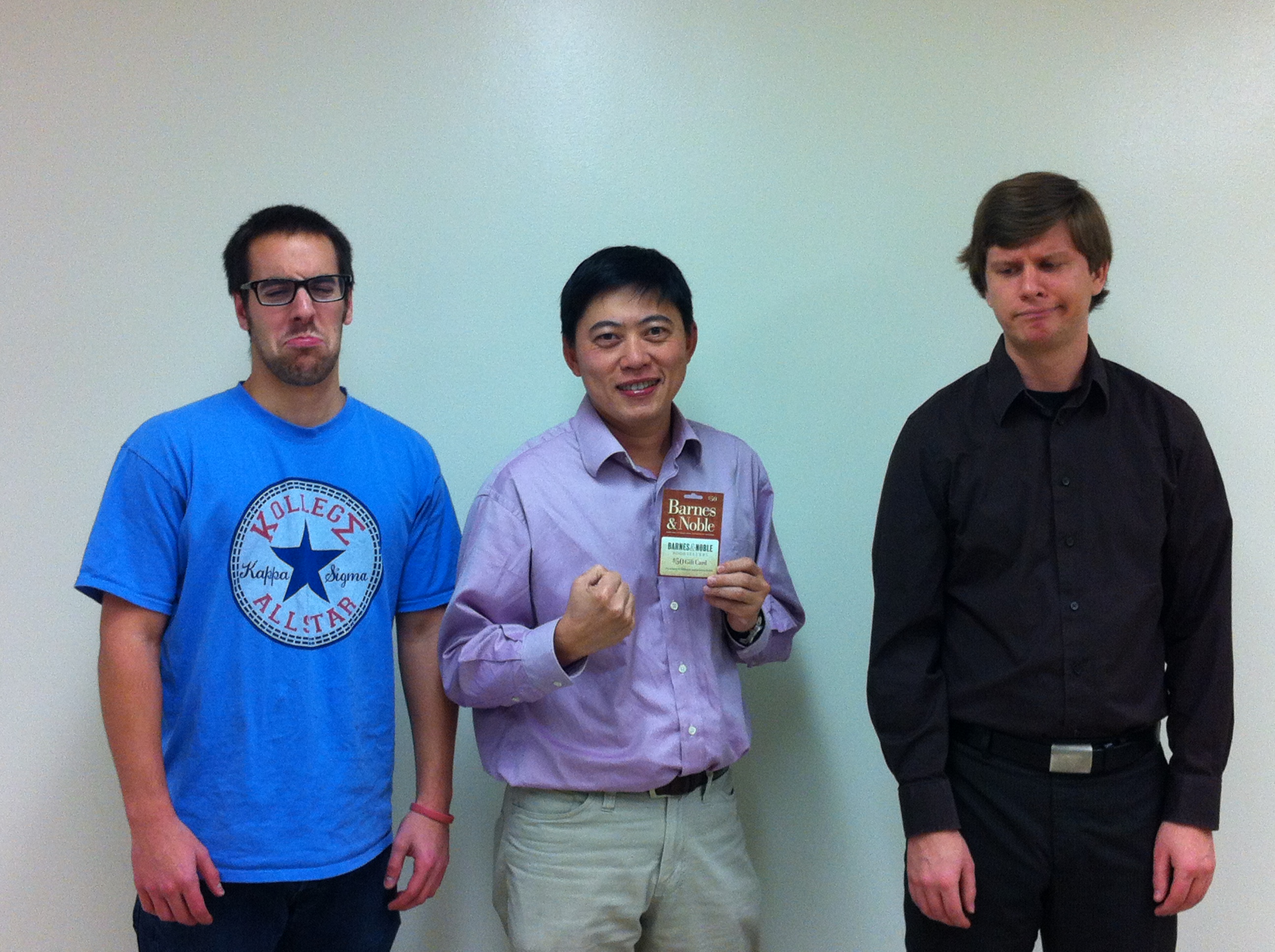 Our annual rainfall contest concluded early this year. Remember - the contest was to forecast the date by which the cumulative rainfall in San Jose had passed a measly 4". Last year? Nobody won (everybody chose dates that were too early...it was a dry year!). This year? Can you guess who won (clue: see photo above!) And can you also guess who almost won? 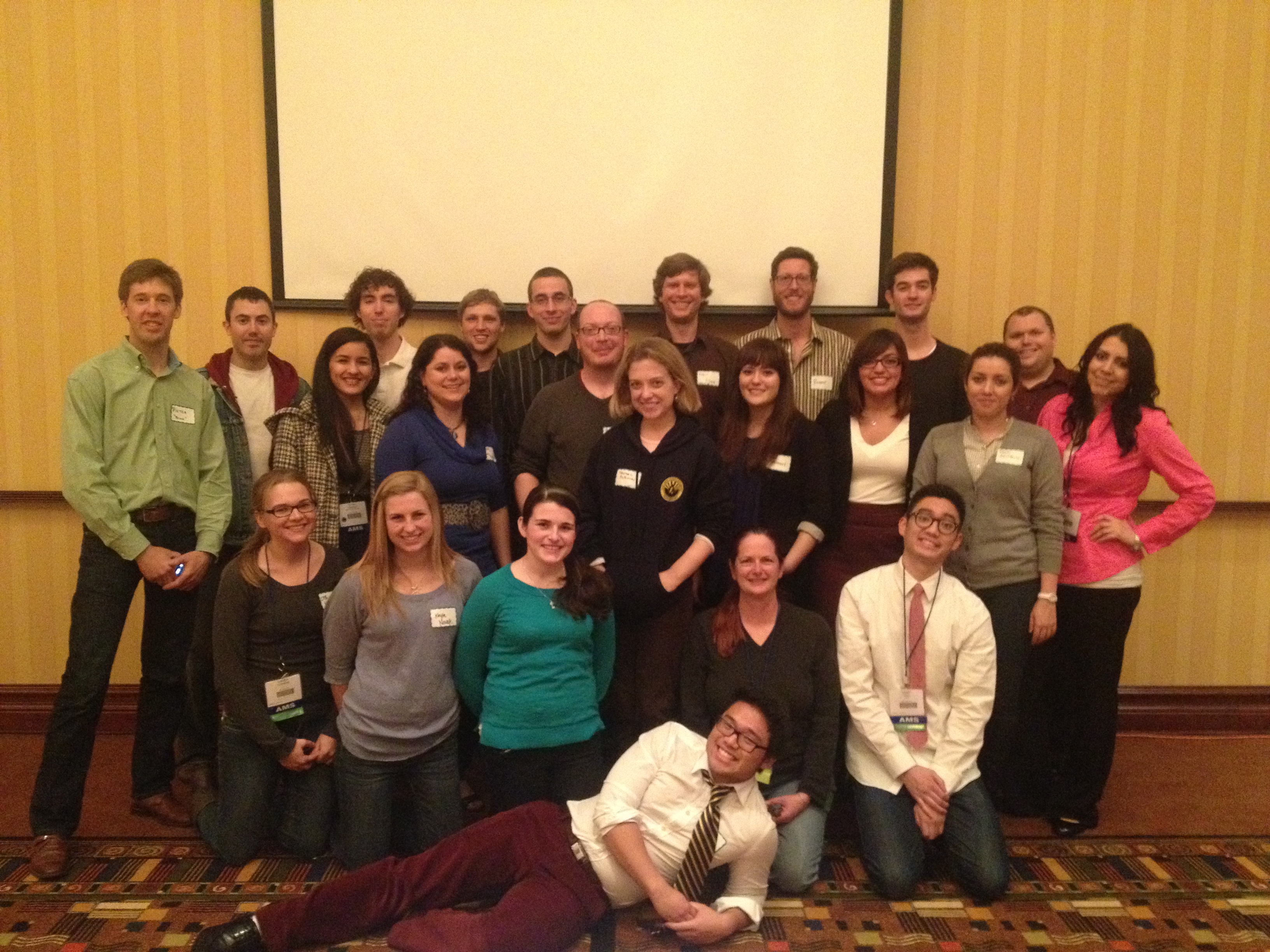 We storm AMS-Austin! And Austin storms on us too!! Four faculty (Bridger, Chiao, Clements and Cordero) and 23 students attended the 93rd Annual AMS meeting, held in Austin TX in early January. We had our biggest group of students ever in attendance (see the photo)! Much of this is due to travel awards we were able to make from our Walker Scholarship Fund, as well as a couple of AMS scholarships. We also hosted a very lively Alumni get-together (stay tuned for photos!). Why the fuss? Because this is all part of the department's 50th birthday celebrations! Check back soon for details of our on-campus spring event!

November 14, 2012
Professor Eugene Cordero  appeared this week on the Climate Reality Project's  "24 Hours of Reality: The Dirty Weather Report"! Eugene participated in panels 16, 17, and 20 of the 24-hour marathon discussion of global warming and its impacts.

November 2012 - an aluma speaks about superstorm Sandy!
Superstorm Sandy caught everybody's attention, including that of one of our alumna, Dr. Jennifer Francis, currently at Rutgers University, and BS Meteorology in 1988. Here is a recent PBS-NOVA article  in which she ties the strength of Sandy (as well as other extreme weather events) to climate change. And here is a talk  given earlier this year by Jennifer on "The Arctic Paradox".

September 9, 2012
Our annual rain forecasting contest is underway! This is always entertaining to the new grad students who come from rainy locations!! This year, we are forecasting the date after which our cumulative rainfall exceeds 4".Click here for details!