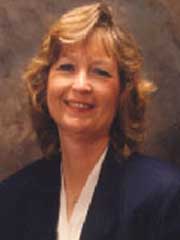 Office Phone: (408) 806-7937
(only call during office hours—no messages please)
Email: frances.edwards@sjsu.edu or as specified on your syllabi