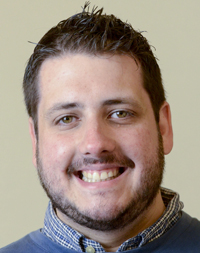 Matthew joined the San Jose State faculty in 2017. He earned his doctorate in Public Policy and Management from the John Glenn College of Public Affairs at Ohio State University. Prior to finishing his post-secondary schooling, Matthew worked as a real estate appraiser and appraisal reviewer before and during the U.S. housing crisis of 2007-2008. In addition, he worked as a policy research assistant at the Ohio Housing Finance Agency in 2013 and 2014 and worked under a research contract for Fannie Mae from 2015-2017. Matthew's research focuses on the substantive policy areas of civic engagement, affordable homeownership and community building as well as how politics and the policymaking environment influence service delivery in public agencies. At Ohio State, Matthew taught Intro to Public Affairs, Civic Engagement and Policy Analysis at the undergraduate level and; at San Jose State, he teaches Graduate Research Methods and Policy Analysis as well as undergraduate U.S. History and Government.