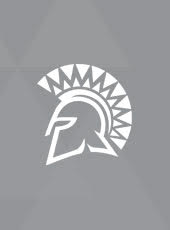 Julie Bounds has been the Executive Director of the Summer in the City Music Camp since 2010. She is also the Director of Bands at Santa Teresa High School where she is in her 11th year of teaching instrumental music. During her tenure, the Santa Teresa Band Program has grown to include three concert bands, three jazz bands, two jazz combos, marching band, pep band, and various chamber ensembles. In 2013, the marching band returned to class 4A competition after five years in the smaller 3A division, making it to the WBA Grand Finals for the first time in school history. In addition to classes and award-winning performances, Ms. Bounds and the Santa Teresa Band Program currently host several music festivals including the CMEA Jazz South Festival, CMEA Band and Orchestra Festival, and Music in the Parks Festivals in the spring.

Julie Bounds was recognized in 2007 as Jazz Educator of the Year by the San José Jazz Society. She is currently the Past President of the Santa Clara County Band Directors Association and has served on their board of directors for ten years. She has served on the California Music Education Association's Bay Section Board of Directors, California Band Directors Association Special Projects Team, and is the Executive Director of the Summer in the City Camp at San José State University. As a percussionist, Ms. Bounds has performed throughout the San Francisco Bay Area. She has performed with the Chabot Wind Symphony, West Valley Jazz Orchestra, San José Wind Symphony, Master Sinfonia Orchestra, and Octobop Jazz Octet.

In her spare time, Ms. Bounds has a blog focusing on the daily trials and tribulations of being a high school band director and trying to run a program on a "thrifty" budget. You can read her "Thrifty Band Director" blog at thethriftybanddirector.blogspot.com. In addition to presenting on the topics of composition and improvisation, Ms. Bounds also enjoys speaking about the practical challenges of teaching percussion and managing instrumentation in the classroom. Ms. Bounds recently submitted two lessons plans to the new GIA publication, "Musicianship. Composing in Band and Orchestra." (2013).