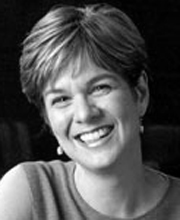 Professor Catherine Payne is professor of flute. A member of the San Francisco Symphony since 1996, she was appointed to her current position of solo piccolo by Music Director Michael Tilson Thomas. Before joining the SFS, Professor Payne performed and recorded with the Boston Symphony Orchestra as acting second flutist for two seasons, including the 1994 and '95 Tanglewood seasons. As a member of the Boston Pops Esplanade Orchestra, she appeared on many Evening at Pops telecasts, including the annual July 4th broadcasts live from the Esplanade. Professor Payne was formerly principal flutist of the Pro Arte Chamber Orchestra of Boston, and associate principal flute and piccoloist with the Portland Symphony Orchestra. She has appeared as soloist with the San Francisco Symphony, the Portland Symphony, and the Pro Arte Chamber Orchestra, where she was a featured soloist in concertos of Mozart and J.S. Bach. In the 2003-04 season, Professor Payne was invited to perform for several weeks with the Chicago Symphony Orchestra under Daniel Barenboim, playing concerts in Chicago and Europe. An experienced teacher, she has given master classes at many music schools and conservatories, including Indiana University and the University of Michigan, has taught at Brandeis University and Colby College, and is currently the flute section coach of the SFS Youth Orchestra.