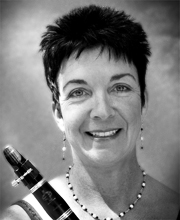 Dr. Averett is a member of the Opera San José Orchestra, the San Francisco Midsummer Mozart Festival Orchestra, and Keith Brion's New Sousa Band (where she has played principal clarinet). She also plays regularly with the Symphony Silicon Valley and Ballet San José. Additionally, she has also performed with the San José Symphony, the American Musical Theater of San José (where she can be heard on the original cast recording of The Three Musketeers), the California Symphony, the American Ballet Theater, the Grant Park Symphony (Chicago), the Chicago Music of the Baroque, Concertante di Chicago, Grand Teton Music Festival Orchestra, Greensboro (NC) Symphony, the San José-Cleveland Ballet, the Bay Area Women's Philharmonic, and the Lake Forest Symphony in Chicago.

As an educator, Dr. Averett has served as adjudicator for various bay area band and solo festivals. She has presented numerous band, orchestra, and clarinet clinics throughout the Bay area and Sacramento, including at the winter session for the Bay section of the CMEA. She has presented several clarinet clinics for teachers at the CMEA annual conference since 1988. Since joining the faculty in 1986, Dr. Averett has taught clarinet, woodwind fundamentals, music literature, conducted chamber music groups, and has served as Acting and Associate Director.