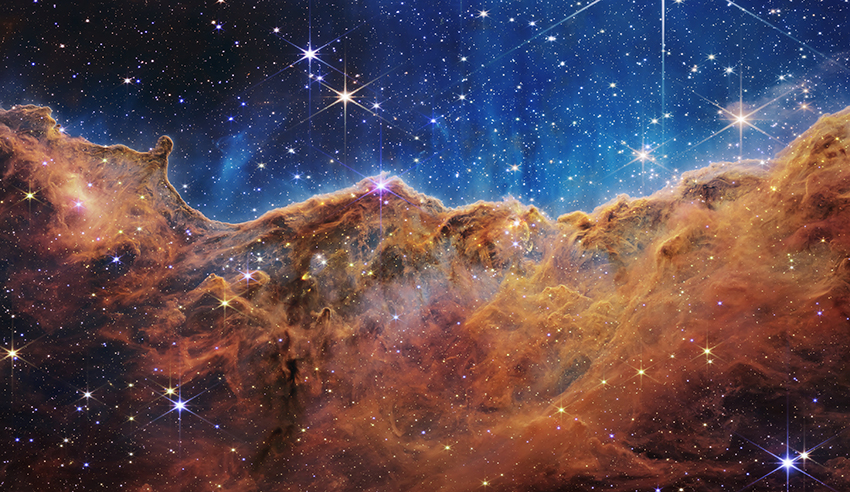 On July 12, NASA’s James Webb Space Telescope (JWST) released its first full-color scientific images and spectroscopic data, marking what NASA describes as “the dawn of a new era of astronomy.” According to NASA, “the Webb is the world’s premier space science observatory,” geared at solving the “mysteries in our solar system,” and is an international program conducted in partnership between NASA, the European Space Agency (ESA) and the Canadian Space Agency (CSA).

In connection with the release, Prof. Thomas Madura shared his thoughts on the photo release with the SJSU NewsCenter, as a leading astrophysicist in SJSU's Department of Physics and Astronomy, and as a member of member of NASA’s Early Release Science (ERS) program assigned to observing JWST images to investigate space dust.

Read the full story at the SJSU NewsCenter Blog.

Grade Scales Under the Microscope 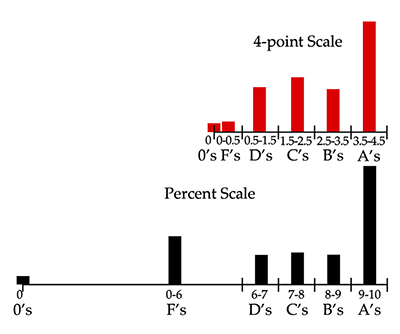 In a study published this month in Physical Review Physics Education Research, SJSU Prof. Cassandra Paul and her co-author David Webb from UC Davis report on hidden inequities in one of the most commonly used grade scales in higher education – the percent scale (in which a score of 90%-100% is an "A", 80%-90% is a "B", and so on and so forth until the lowest grade of an "F" is assigned with a score of 0-60%).

Paul and Webb conducted a quantitative analysis of 95 introductory physics classes including more than 16,000 students, and then compared courses where students are graded using the percent grading scale to those courses where students are graded using the 4.0 grading scale (where an “A” is 4 points, a “B” is 3 points, a “C” is 2 points, a “D” is 1 point, and an “F” is zero points). While all students graded using the percent scale on average suffer a penalty due to the harsh impact of zeros and low partial credit, students belonging to demographic groups defined as those underrepresented in physics suffer an additional penalty that is not explained by their understanding of physics.

Paul and Webb hypothesize based on prior work that one reason behind this inequity is that the test-taking approaches used by students differ by demographic group. They emphasize that a solution to this inequity is not to teach appropriate test taking strategies, but rather to implement alternative grading methods to better measure the understanding of their students.

The California State University’s Office of the Chancellor has awarded a $222,000 CSU CREATE Award (Creating Responsive, Equitable, Active Teaching and Engagement Award) to four members of San José State University’s faculty, including Profs. Cassandra Paul and Gina Quan in the Department of Physics and Astronomy. SJSU’s award is the largest bestowed by the CSU of the five winning proposals, which ranged from $48,000 to $222,000. The other two members of the winning proposal team are Resa Kelly, professor of chemistry and science education; and Jennifer Avena, assistant professor of biological sciences. The team's principle investigator is Prof. Paul.

Read the full story at the SJSU NewsCenter Blog.

The Undergraduate Award for Academic Excellence has been jointly awarded to Sidney Johnson and Tommy Wen Chin. Sidney has an excellent academic record, served the Department as Physics Club President, and has just submitted a first-author publication (to The Physics Teacher) summarizing student and faculty reflections on the Physics & Astronoy Student Reading Society (PhASRS), an online journal club that Sidney was heavily involved with in the summer of 2020. She has continually improved her academic performance over the course of her undergraduate career and has shown immense growth during her time as part of the Department. She is outspoken in class, and is committed to the betterment of the Department and building a strong community through (for example) her involvement in the LA program and in the Physics Club. Sidney is bound for the University of Oklahoma's PhD program in physics in the Fall of 2023. Tommy Wen Chin pulled off nearly straight A's here at SJSU, participated in almost every academic endeavor possible related to physics and beyond, is Treasurer of the Physics Club, is a tutor with CoSAC, is an unofficial tutor to his peers in basically every class that he takes, has been a significant contributor to the content of the Physics 52 manual, and is on-track to submit a first-author paper in the near future to Physical Review B about silicon-vacancy centers in diamond. Tommy has also participated in multiple summer research experiences and contributed posters and presentations at several meetings, mostly notably, a contributed in-person talk on silicon-vacancy centers at the 2022 APS March Meeting. Tommy is bound for Penn State's PhD program in physics in the Fall.

The Outstanding Teaching Assistant Award has been given to Shivam Kamboj. Shivam has a clear passion for teaching. Since joining the Department as a TA in Fall 2020, he has shown remarkable growth as a physics teaching assistant. During his time at SJSU Shivam has taught the Physics 2A lab multiple times, including teaching three sections in Spring 2022. Nearly 100 undergraduate students have interacted with him over the course of his teaching career at SJSU. Shivam exemplifies excellent teaching by providing students with empathy and encouragement, and is flexible in working with students to meet their goals in the course. Shivam received endorsements of his teaching excellence from the other members of the Physics 2A teaching team. Shivam will begin a PhD program in Physics at UC Merced in the Fall, where he expects to continue his teaching journey.

The Richard & Angela Craig Scholarship has been awarded to Autumn Galinski. Autumn will be a senior at SJSU in the fall of 2022, and has already left her mark in several areas. Her instructors have described her as an extraordinary student who is prepared for class and active during lessons. Her research efforts in Dr. Aaron Romanosky’s lab has resulted in a poster presentation, a successful student grant, and entrance to an REU at the University of Rochester this summer where she is working on a cosmology project. She has also worked on campus as a peer educator providing both supplementary instruction to students and serving as their peer mentor. She plans to apply for astrophysics and astroparticle physics PhD programs this upcoming fall. We are excited to see what she does next!

The Graduate Award for Academic Excellence has been awarded to Kai Siang Hu. Kai is graduating with his MS in Physics in two years with a 4.0 GPA. He participated in research in theoretical physics throughout his time at SJSU. Kai exemplifies excellence in academics not only through his outstanding GPA, but also his diligence and consistency as displayed in all his assignments which are always of very high quality and rigor. Kai has demonstrated great adaptability and flexibility is his cumulative academic experience at SJSU which was the basis of his successful admission to a bioengineering PhD program at UC Merced. 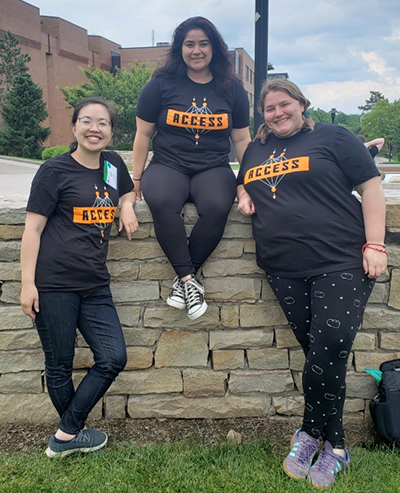 Physics student Autumn Galinski and faculty members Brianne Gutmann and Gina Quan attended the Access Network Annual Assembly at the Rochester Institute of Technology in Rochester, NY. The Access Network is an organization that supports vibrant interactions among students and faculty engaging in equity work in the physical sciences. 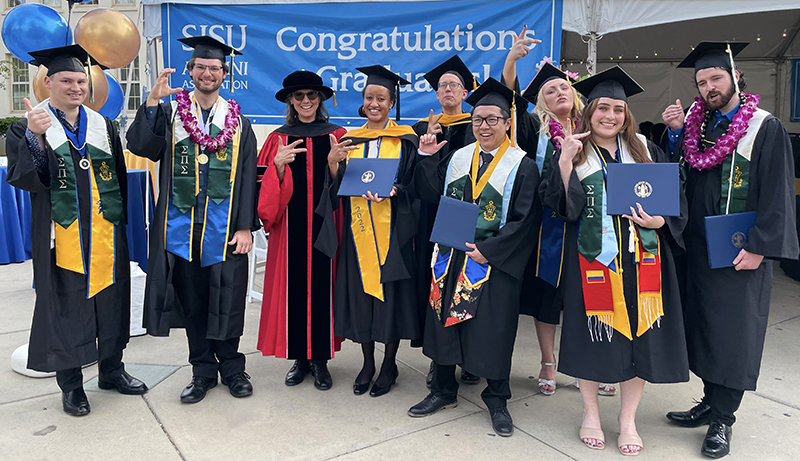 Students and faculty members show off their favorite version of the right-hand rule after the Spring 2022 Commencement Ceremony. SJSU returned to hosting in-person graduation ceremonies, with great fanfare, over the course of the past year. 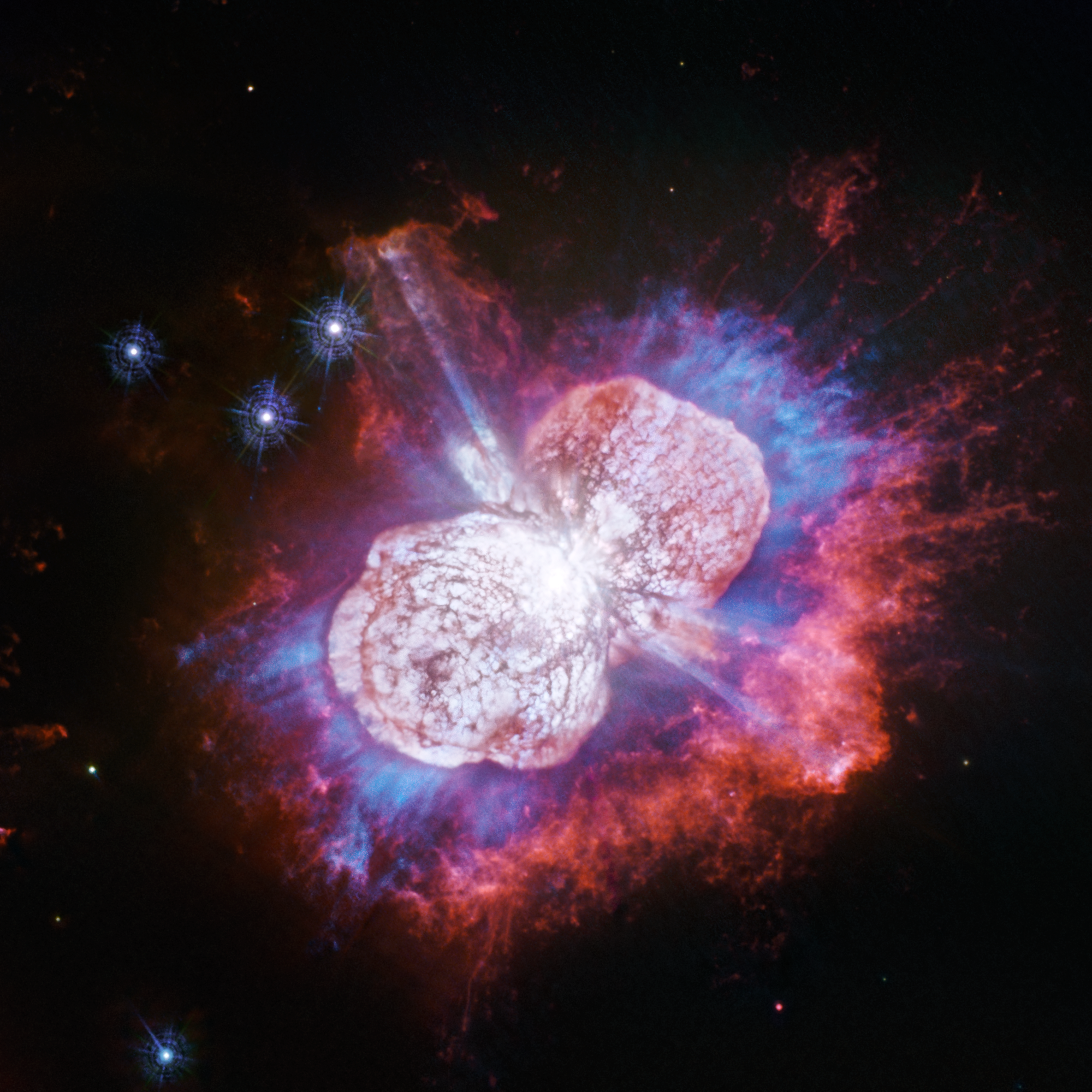 Dr. Thomas Madura, Professor of Physics and Astronomy, is a co-author on a new study published in Nature Astronomy, where he and his colleagues use NASA's NuSTAR Mission to prove that superstar celestial object Eta Carinae shoots cosmic rays. Watch a video of the process in action. 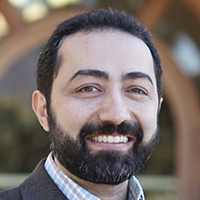 In an interview with Physics Girl host Dianna Cowern, Dr. Ehsan Khatami addresses the question: Are machines better at quantum mechanics than humans? Watch the video. 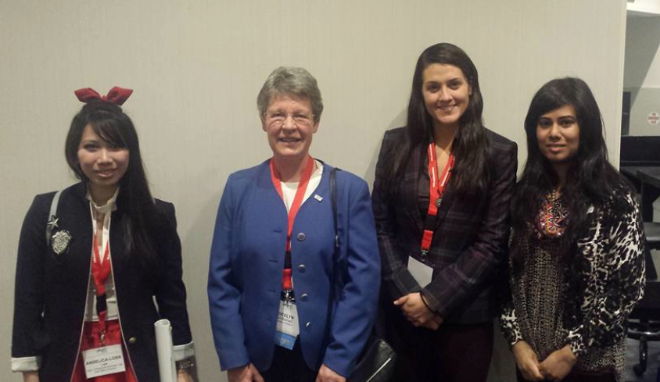 The SJSU Research Foundation awards this prize to tenure-track faculty who "have excelled in areas of research... at an early or beginning point in their careers at SJSU." Read more about his award.

Conference for Undergraduate Women in Physics at UC Santa Cruz 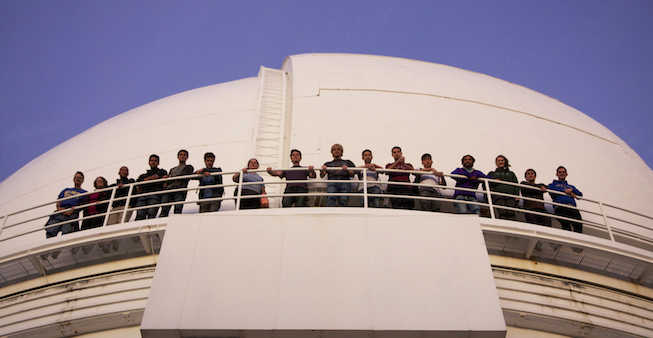 Students and faculty went to the top of Mt. Hamilton to learn about modern and historical telescopes. Here they are seen on the catwalk outside the 120" reflector. 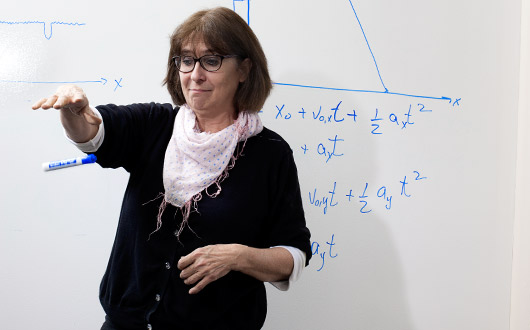 The Outstanding Lecturer Award recognizes a lecturer for excellence in teaching effectivenessand service to the SJSU campus community. This year's winner comes from the College of Science.

Richard Vo, now a graduate student at San Francisco State University, conducteed astrophysics research at the Keck telescopes at Mauna Kea, Hawaii in spring 2014, with the guidance of his adviser, Dr. Aaron Romanowsky. 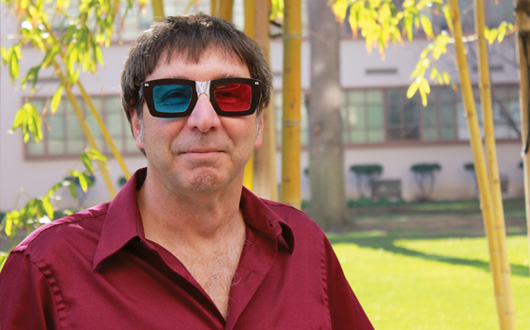 The Outstanding Professor Award recognizes a faculty member with overall excellence in an academic assignment. This year's winner comes from the College of Science.

Give to Physics and Astronomy