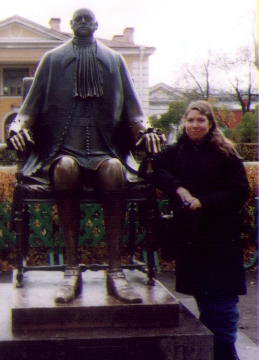 BACKGROUND:
Originally from Claremont, California, Sabrina Pinnell received a B.A. in Politics from the University of California, Santa Cruz in 1992, focusing on comparative and American politics.  She then went on to receive a Master’s in Public Administration from the Monterey Institute of International Studies in 1995.  She completed her studies in 2007 with a Ph.D. in Political Science from UC Santa Barbara.  Her interests are primarily in comparative and international politics, especially those of post-Soviet countries; she has done research work on comparative judicial politics in Russia, Hungary and South Africa, and is now concentrating on comparative democratization and the effects of sovereignty on international politics.