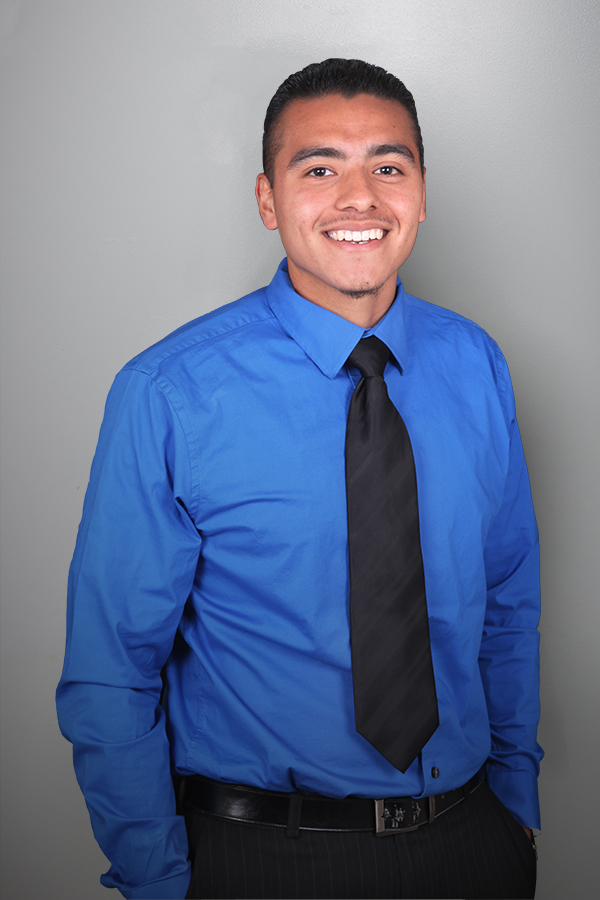 When I was in high school, I had no idea that I would be going to college. It wasn’t until my junior year that one of my teachers placed the idea of going to college in my mind. She encouraged me to look into it because according to her, “I had too much potential to waste by not continuing my education.” She asked me to make an appointment with my counselor, and after talking to her about my interests in math and science she recommended I look into engineering degrees. At the time, I was taking a pre-calculus course as my math class. In that class, we were learning about linear optimization and when looking into Industrial Engineering that was one of the things listed as to what Industrial Engineers can do. I had no clue what Industrial Engineering was, but because I recognized one phrase under its description I thought it would be perfect for me. Now, that may not seem like the answer many people would like to hear for inspiration. I chose a major although I knew nothing about it aside from the words “linear optimization”; however, as I progressed through my college career, I knew I had made the correct decision. As an Industrial & Systems Engineer (ISE), our field is interested in finding the most efficient and effective way of solving a problem. That means we find ways to minimize costs, use less material, and ensure employees are not being pushed beyond their physical capabilities to carry out their tasks. ISE is a perfect blend between balancing what math and science say a solution should be and interacting with the frontline employees carrying out the tasks to ensure the solution is feasible. As a person who loves people and learning from them, yet also enjoys the difficulty of finding solutions through mathematical tools, ISE was the perfect choice for me.

Being a President’s Scholar is not only a huge honor, it is also a constant reminder that my family member’s sacrifices as well as the struggles of previous generations who fought for my education have not been in vain. When I was 12-years-old, my parents made the decision that it would be best for me to come back to the United States to continue my education after finishing 6th grade in Mexico. Although it was extremely difficult for them to let go of their 12-year-old son, they knew it was the best decision since continuing school in Mexico would have been much more difficult, if not nearly impossible. My oldest brother took me into his home when I was 12, even though he already had his own family growing. My older brothers also helped along the way in tremendous ways financially and emotionally. The reason why I mention my brothers is because this award is not only mine; it belongs to them as well. I am living out what they couldn’t do because they didn’t have the opportunity to go to college. How selfish would it be of me if I were to waste this opportunity by not giving it 100% to get good grades? I wouldn’t just be letting myself down. I would be letting my family down. If I didn’t give it my best, I would also be wasting the efforts of thousands of Latinos who walked out of classrooms and marched in protest in order for us to have a more equal education and a fair opportunity at success through education. With that, I repeat, this award, along with the other awards I have received isn’t for me; this award is for all those who have made this possible.

There are so many people that come to mind when answering who has had the biggest influence in my life, but by far the person who has had the biggest impact in my life has been my oldest brother. When I was twelve years old, it was he who told my mother that I could come and live with him in the United States so I could continue my education. It was he who raised me through those tough teenage years of defiance. It was he who taught me how to be humble, and persistent, and hard working. If it weren’t for the way that he raised me through my teenage years, I would not have grown up to be the adult I am today.

Blanca Sanchez-Cruz is another person who has contributed so much to my success as a student, and even as I entered the professional world. As a student of the MESA Engineering Program, I saw first hand how much dedication Blanca has to the success of MEP, the College of Engineering, and the SJSU community. She guided me through my Vice Presidency and Presidency of the Society of Latino Engineers & Scientists. She offered me a job as a Peer Advisor for MEP where I learned even more about how much she actually cares about our SJSU community and how hard she works to make sure there are opportunities available for our students. As I prepared for my search of internships and scholarships, she wrote multiple letters of recommendation for me. She helped me discuss my options once I started receiving job offers from companies as I neared graduation. To this day, I see Blanca as a person that I can comfortably go to for help and guidance in any of my professional questions.

Living in Mexico has been the experience that has shaped me the most to this day. When I was 8-years-old, I had the opportunity to live and go to elementary in Mexico for 4 years of my childhood. Being there, I was able to see how differently people live in the poor parts of Mexico. Many of us in the United States take things for granted that people in Mexico wish they had. One of those things we take for granted in this country is the great opportunity we have to get a free education until we graduate from high school. In Mexico, many people drop out of school when they reach their middle school years because they can’t afford to pay for the admittance test or school supplies. Many are forced by their parents to drop out of school so they can work and make more money to support the family. Others are not even lucky enough to get through elementary. Many of my family members who grew up in rural areas of Mexico never made it past the 3rd grade because they couldn’t get to school or had to work in the farm to support their brothers and sisters. In the United States, many complain that they “have to” go to school; instead, they should see it as a privilege to have this opportunity. For that reason, I am such a proponent of education and the benefits that come with it. We have an opportunity to get an education for free for 12 years, and many people are wasting it.

Grades are not everything, but in my opinion they do matter a whole lot. You don’t need to get a 4.0 to be successful or have good grades in general. But you do need to have a strong GPA to get your foot in the door with certain companies you may want to work for. For that reason, I always tell people that there needs to be a balance between a strong GPA and a strong resume with great experience. If you don’t have a GPA above a 3.2, the chances or you getting a job by strictly applying online are very slim. If you want to get a good job, and you don’t know anybody who might be able to put in a good word for you at the company, your best chance is to have a strong GPA to catch their attention. Once there, you can show them through your experience why you are the perfect candidate, but it all starts with the GPA.

Spartans are people who continuously help their community even after graduating, which is something I plan on doing more of but already am doing. Spartans are also people who are proud of their school and illustrate their pride when communicating with others about where they went to school. Being a Spartan is about moving forward and creating change in the community as well. All of the above of traits that I am proud to say I demonstrate.

Eulises “has been a fantastic student and contributing member of our engineering community during his time at SJSU. He is a first-generation college student from the central valley. He is personally interested and committed to advancing equity access and education. He lead the effort to create and launch the College’s first Conference for Engineering Diversity, aiming to include current undergraduate students in the diversity and inclusion in tech discussion.”