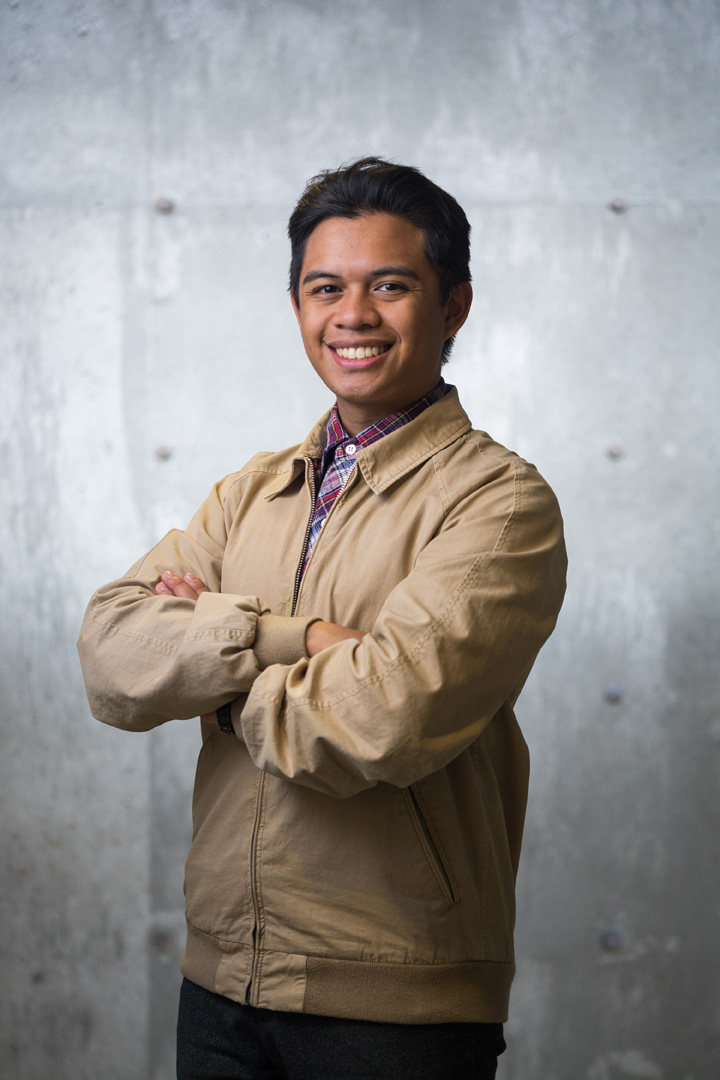 I was originally a Computer Science major going into San José State. I thought I wanted to be in a STEM field because of its pay grade and an intensive 3-year summer program I took in UC Berkeley. But then, for my first year of college, I took Delacruz's Introduction to Advertising out of curiosity. I loved graphic design in high school and watching commercials on TV before Netflix became big. I remember John asking the class what Advertising is. And he described it as "solving problems through creativity." It was not about the catchy phrase or making money for corporations through illusion. It was a feeling— nostalgia, fear, sadness, a rush of adrenaline. Advertising is creating a solution through modern imagination. After that class, I took more. I found friends and mentors who were also Advertising creatives. I took a multitude of graphic design jobs that not only built my portfolio but also prepared me with a skillset for a career. Plus, since I took so many STEM AP classes, I was not required to take math in college. And I was sold.

Being a Dean's Scholar is simply a reminder that I did not get to this point alone. It's a reminder that I did work hard. I paid attention in class. I did my homework. But this award is for the friends, family, and mentors that kept pushing me to get a degree and to be a skillful individual ready for the world. Thank you to the Akbayan community; Spartan Daily Ad Team 2016-2017; the Professor of MCOM, ADV, HSPM and AAS; and my mom, dad, and lovely sisters.

Mama Verang, your second-to-last words to me were to "go to college and be happy." As I graduate, I now hear your words as two separate clauses. As a teacher, you saw education to be important. You were real, knowing college was a stepping stone to success. As a grandmother, you valued the happiness of our family. And to be happy, you taught me to be honest and trust the ones closest to me. With those second-to-last words, I can cherish your last words with a whole heart and open mind. I will always share your last words to you, my family, my partner, and dearest friends. "I love you."

At SJSU, I have found greatest inspiration from Professor Apryl Berney in Asian Americans in U.S. History courses. Because of what I learned in her class, I chose to minor in Asian American Studies and continue to advocate for the human rights in my own Pilipinx community.

Being a member of Akbayan, the Pilipino American organization on campus, for four years has greatly changed my experiences as Pilipino American. I attribute joining this organization in bettering both my leadership and creative skills. I was a general member for two years, became the Community & Political Affairs Chair on my third year and now the President for my last. Each year, I became more connected to my culture, but found networking opportunities that mold into my passions through community and design. I made life-long friends and everlasting mentors. Akbayan gave me a home away from home and taught me what means to "embrace in friendship."

I always tell those who are new to SJSU, "Whatever you put in is what you're going to get out." If you just focus on school, your growth is limited to the confines of the classroom. If you focus on socializing, you will never get your degree. But if you find a balance between work and play, it will make all the difference. No matter what you do in college, join an organization or a cause. If you feel strongly about something, be involved with it. College is only about four to six years, and it is up to you what you get out of it. Know your capacity, but also explore your options.

"Daniel is a student who sees cultural identity as an integral part of who he is. Very much in touch with his Filipino hermitage, Daniel is President of Akbayan, the Student Filipino Association at SJSU. He is not a passive president. On the contrary, he is very much at the front of every activity and event they organize. If this didn’t keep him busy enough, Daniel has been involved in a number of advertising projects from an awareness campaign for Burnet Middle School, to the American Diabetes Association. His approach to creative problem solving is measured and considered, always pushing himself and striving for that beautifully crafted solution."