Escape from Camp 14 by Blaine Harden 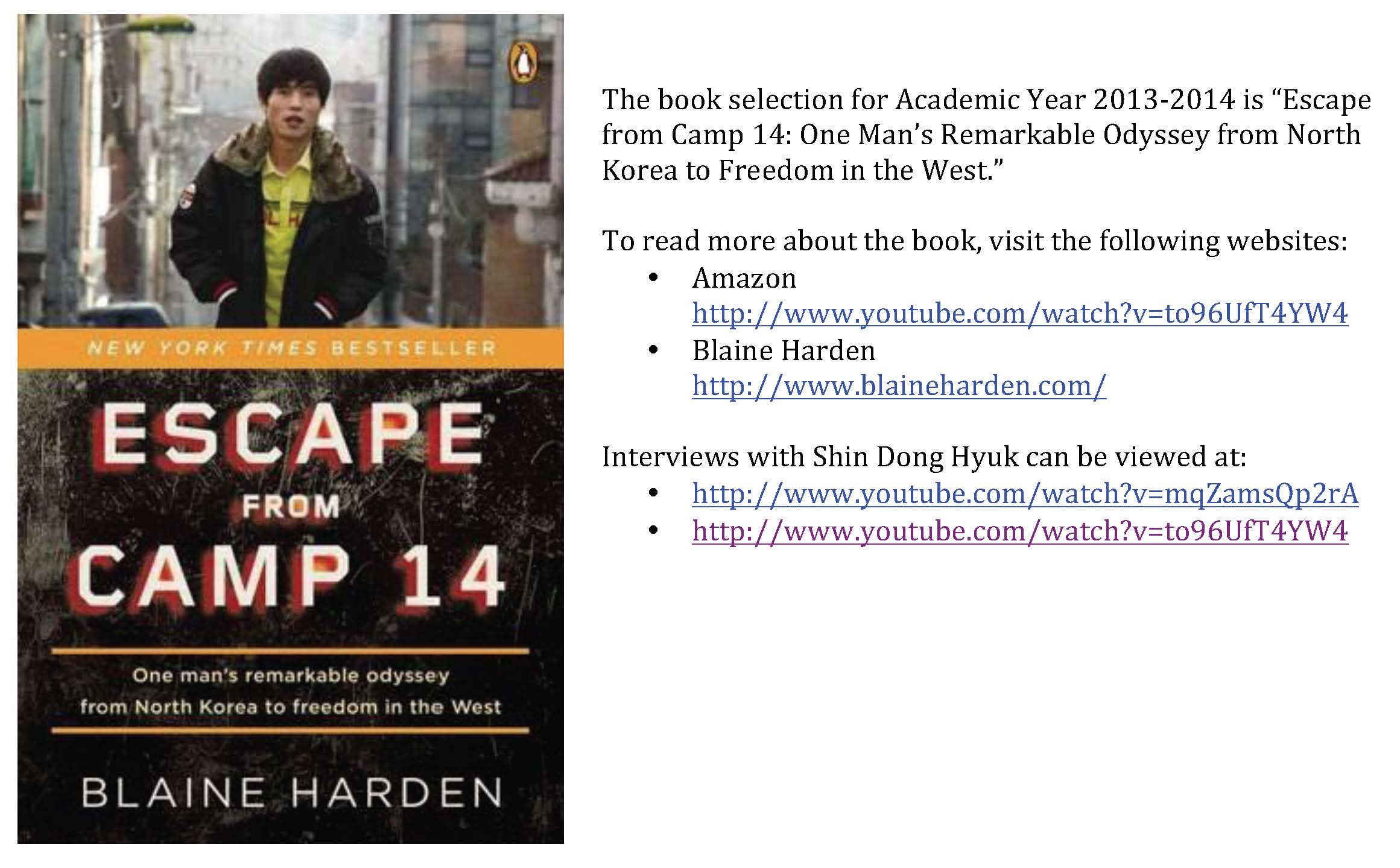 Harden’s harrowing narrative exposes this hidden dystopia, focusing on an extraordinary young man who came of age inside the highest security prison in the highest security state. Escape from Camp 14 offers an unequalled inside account of one of the world’s darkest nations. It is a tale of endurance and courage, survival and hope. 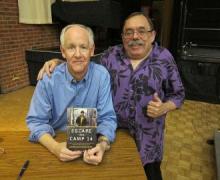 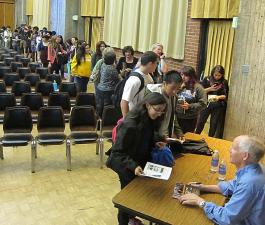 Meaning of the North Korean Flag
Vexillology is the study of flags. At the 47th annual meeting of the North American Vexillological Association, held in Salt Lake City, Utah, October 11-13, 2013, Mr. Dean Thomas of Arkansas won the William Driver Award for the best paper given at the conference for his presentation entitled "Vexillology and Vexillidolatry in the Democratic People's Republic of Korea."  That paper will be eventually published in RAVEN: A Journal of Vexillology, which can be accessed in SJSU's Martin Luther King Jr. Library.  For now, because of our Campus Reading Program's selection of Escape from Camp 14 as our Fall 2013 book, Mr. Thomas has graciously shared his PowerPoint from that presentation in case any in the SJSU community wish to see more about the role of flags in North Korea.  All rights belong to Mr. Thomas and NAVA and to copy or cite any of this, please seek permission.  Do enjoy these visuals!
DPRK slides

The Grapes of Wrath Readathon and Food Drive
April 16

In celebration of the 75th anniversary of the publication of The Grapes of Wrath, and in conjunction with other on-campus commemorative events, the SJSU Campus Reading Program is sponsoring a readathon and food drive. Working together, we will read the entire novel out loud, from start to finish. Get a group together to form a team to collect canned goods and bring them to the Caret Plaza at the King Library during the readathon. Have one or more of your team members read a portion of The Grapes of Wrath for 15 minutes or more within a 3-hour time block starting at 6pm on April 16 and ending on April 17 at approximately 6pm. Readers will receive a free gift and recognition in the SPARTANS CARE READ-A-THON HONOR ROLL.