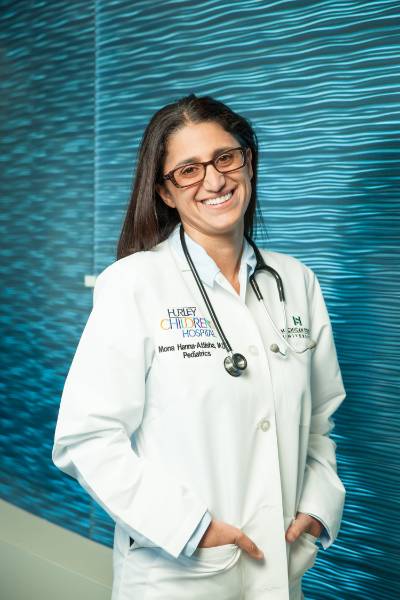 A pediatrician, scientist, activist and author, Dr. Hanna-Attisha received her Bachelor and Master of Public Health degrees from the University of Michigan and her medical degree from Michigan State University College of Human Medicine. She completed her residency at Children’s Hospital of Michigan in Detroit, where she was chief resident. She is currently Associate Professor of Pediatrics and Human Development and C.S. Mott Endowed Professor of Public Health at Michigan State University.

Dr. Hanna-Attisha received the PEN America Freedom of Expression Courage Award for What the Eyes Don’t See and was named one of Time magazine’s 100 Most Influential People in the World for her role in uncovering the Flint water crisis and leading recovery efforts. She has testified three times before the U.S. Congress about the crisis and has appeared on CNN, MSNBC, BBC and other media outlets championing the cause of children in Flint and beyond.