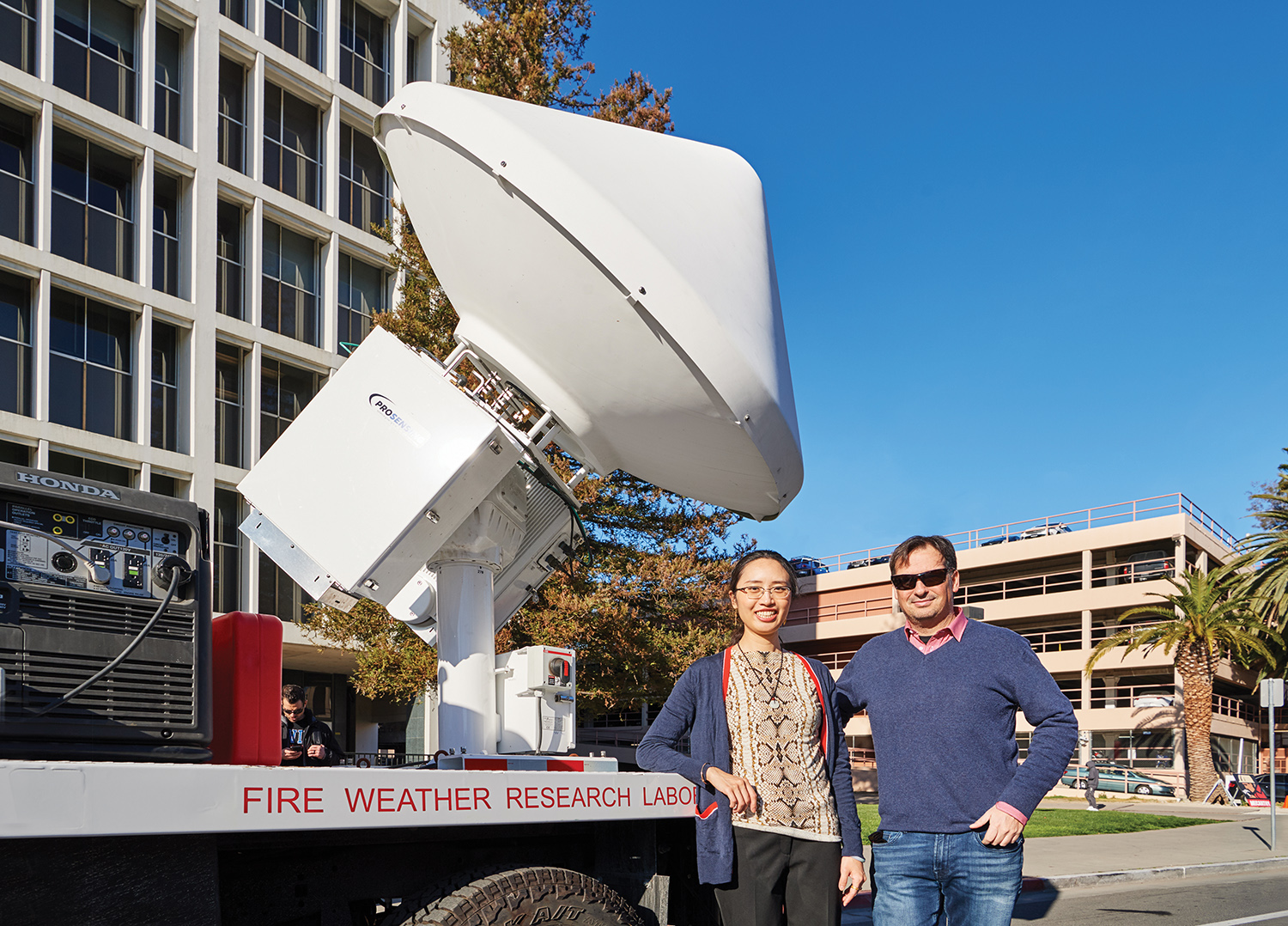 With its acquisition of a mobile Ka-band Doppler Radar in 2019, SJSU now owns and operates the first-of-its-kind deployable lab capable of conducting observational studies all the way from the Earth’s surface to the tropopause, across both dry and wet atmospheric conditions.

“The tool allows our students to learn to operate an integrated array of state-of-the-science equipment, thereby providing them with rich context for developing high-level academic and professional skills,” explains Meteorology and Climate Science Professor Craig Clements, head of the Fire Weather Research Lab at SJSU.

In addition to sampling wildfires, the radar will enable SJSU faculty and students to conduct advanced research relating to precipitation processes in coastal and mountain environments, explains Assistant Professor Minghui Diao. “With this technology we can measure ice and mixed phase clouds with unprecedented resolution, and monitor cloud structure development during atmospheric river events.”

Clements adds, “The scope of the research now being conducted leverages the non-overlapping fire and storm seasons in the western U.S. as well as a number of regionally specific ‘natural laboratories,’ thus maximizing the utility of a single instrument for multiple research objectives.” 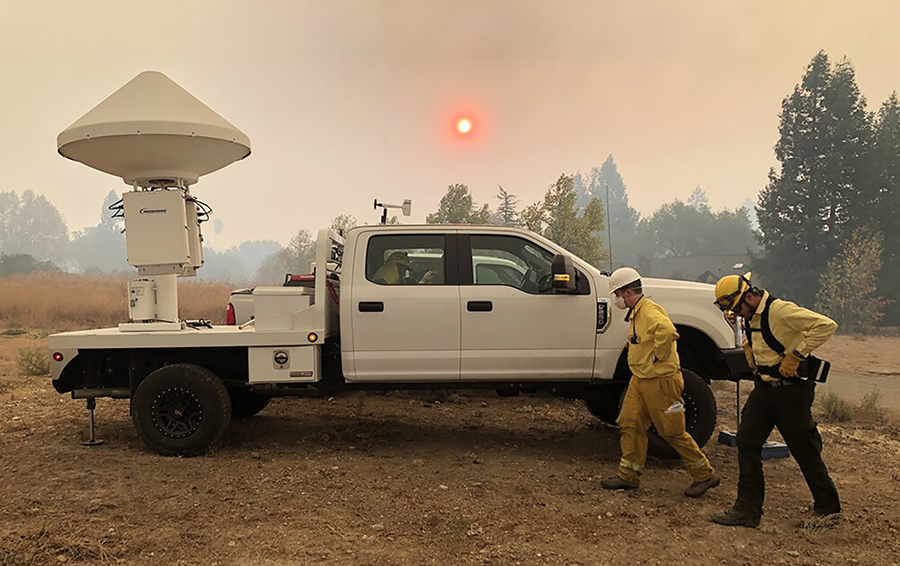 The SJSU Fire Weather Research Laboratory truck equipped with the Ka-band Doppler Radar, at the Kincade Fire on October 23, 2019 near Healdsburg, California. 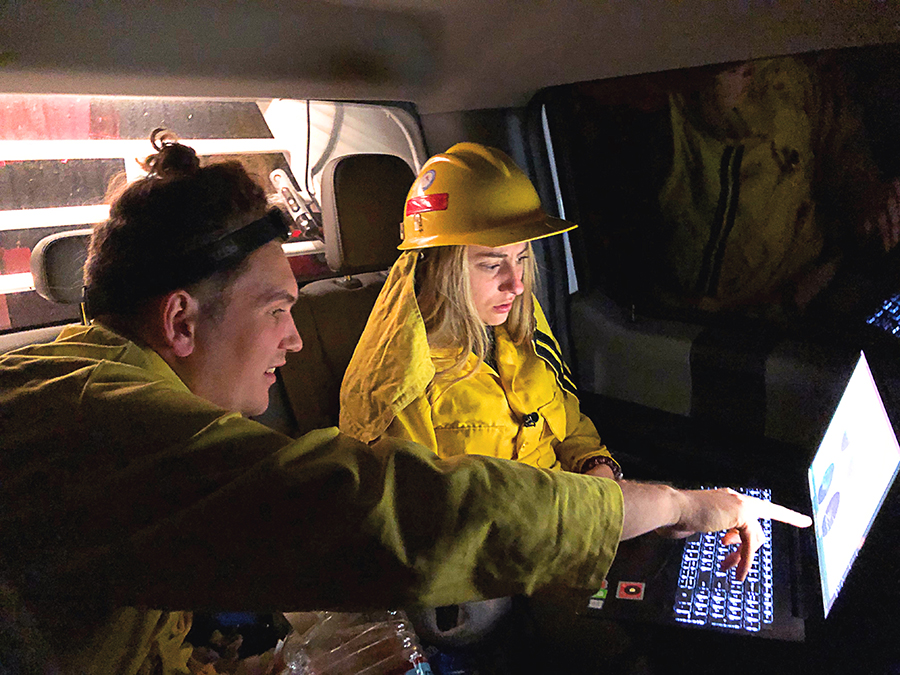 Nick McCarthy, a visiting Ph.D. student from the University of Queensland, and Taylor Aydell, ’20 MS Meteorology, examine data generated by the mobile radar during deployment at the Kincade Fire on October 23, 2019 near Healdsburg, California.

“Growing up in southern Louisiana I saw the aftermath of many hurricanes that made landfall on our coast. Specifically, Hurricane Katrina had a large impact on my family, piquing my interest in atmospheric science.”