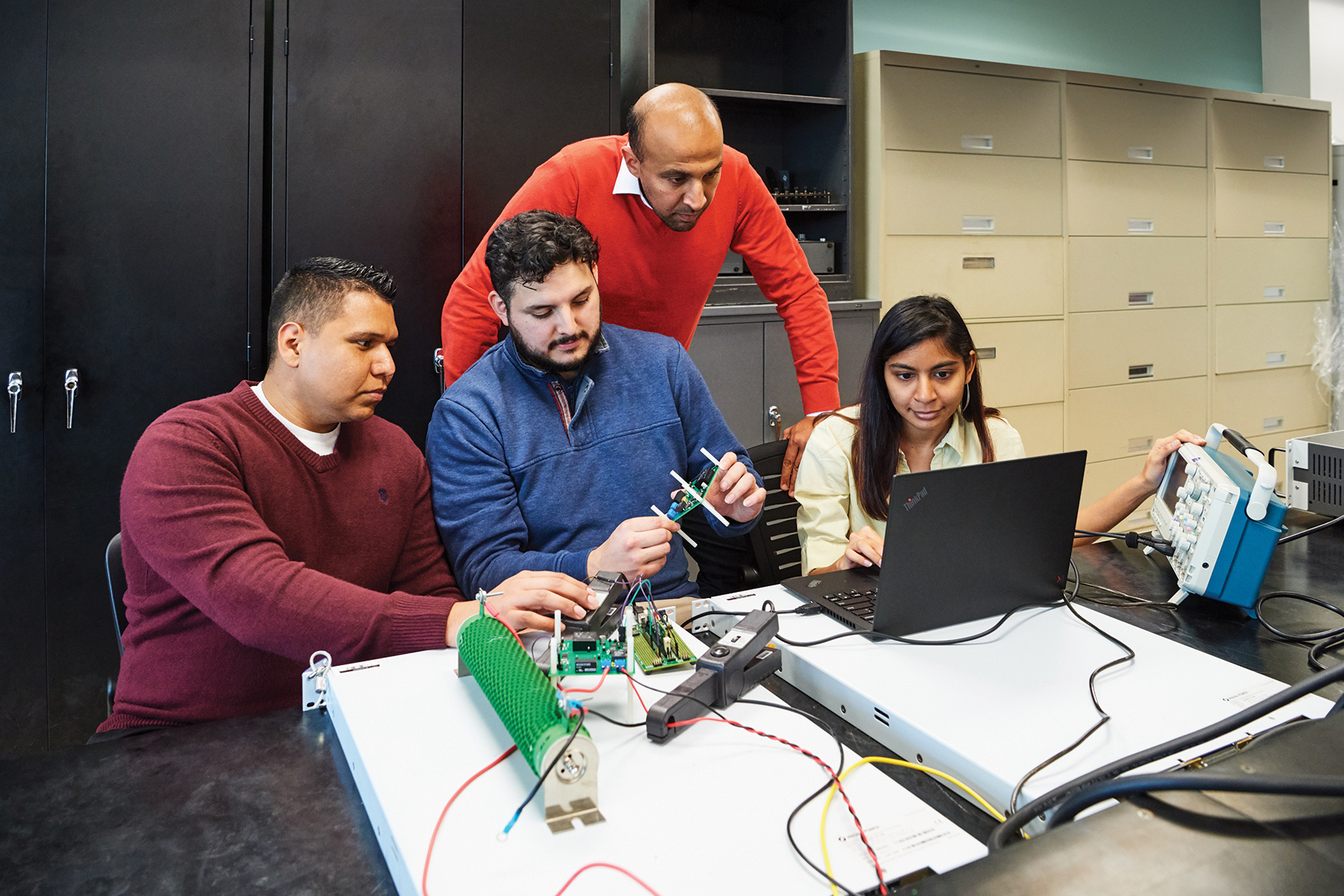 Renewable energy has always fascinated Mohamed Badawy and is what inspires his explorations of technology that could enhance the efficiency and reduce the cost of generating clean solar power.

Those explorations have led Badawy and his students in the Electrical Engineering department to develop a new hardware technology that captures more energy from solar panels under “partial shading” conditions. Partial shading occurs when some of the solar panels are shaded while others are not, which traditionally has led to a significant drop in the amount of solar energy being captured.

However, their research has resulted in a system that increases energy capture in partial shade. It consists of a novel electronic power configuration based on the differential power processing topology (averaging topology), which increases system efficiency by decreasing the processed current. The configuration also extends the system lifetime by eliminating the need for short lifetime electrolytic capacitors.

“The project results show that our system is able to increase the energy capture of photo-voltaic (PV) panels by over 30% under shading conditions while adding less than 10% of capital cost into the PV system,” explains Badawy.

Badawy and his students have constructed a working prototype of the technology, which has been successfully tested under partial shading conditions outside of the Charles W. Davidson College of Engineering building. Their goal is to develop a commercial product, in partnership with their corporate sponsor Delta Products Corporation, that will be more compact, lower-cost and more efficient than those currently on the market.

“SJSU has given me the opportunity to be involved in projects that advance technologies with real world implications.”