2019 CoS Award for Research with and Mentoring of Students 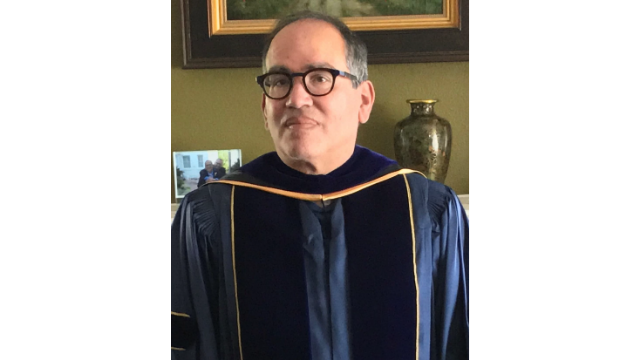 This award is given annually to a faculty member who has made a significant and sustained contribution to mentoring or otherwise involving students in research.

Since 2004, Dr. Julio Soto has been the Program Director of San José State University’s NSF BIO-REU RUMBA (Research Experiences for Undergraduates using Molecular Biology Applications) Program, except for two years, when he served as a program director at NSF. He was also the Program Director for the only Howard Hughes Medical Institute (HHMI) Science Education grant obtained by SJSU. These grants provided $2.8 million in funding, which supported research opportunities and mentoring for 132 RUMBA students and 96 HHMI students over the years. Over seventy percent of RUMBA student participants are from underrepresented backgrounds. Dr. Soto was also involved in national groups that ultimately affect allocation of funds for exceptional strategies aimed at increasing the number of underrepresented and female students pursuing graduate degrees and scientific research. Many of these students have gone on to PhD programs and postdoctoral work in their fields.

In addition, Dr. Soto has mentored research students in his cancer biology laboratory.  He mentored nine graduate students who completed their Master's degrees. Six of these former students work as research technicians at biotech companies in the Bay Area (Genentech, Codexis, EMD Millipore, and Tacere Therapeutics), and the seventh is the Laboratory Supervisor at MD Anderson’s Diagnostics Bone Marrow Lab in Houston Texas. Julio mentored six students who are enrolled in PhD programs at institutions including University of Pittsburgh, University of Utah, UMASS/Amherst, Albert Einstein College of Medicine, Harvard University, and UC Santa Cruz. Seven students from his lab have now completed their PhDs from UC Berkeley, Albert Einstein, University of Oregon, Stanford University, University of Michigan, and UC San Francisco. One is a Science Advisor at the California Legislature, five are postdoctoral fellows, and one is a NASA fellow. He has published 12 research articles with his student mentees as co-authors in well-regarded journals such as Toxicon, Development, Growth and Differentiation, Thrombosis Research, Gene, and Comparative Biochemistry and Physiology.