Barbara Bekins, Paul Byrd and the Gift of Teaching 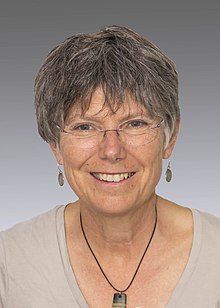 For hydrologist Barbara Bekins, ’88 MS Math, the late San José State Math Professor Paul Byrd was more than a role model — he was a great inspiration for us all.

An Air Force veteran who served in the Tuskegee Airmen’s 99th Pursuit Squadron — the first Black military aviators in the U.S. Army Air Corps — Byrd became an aeronautical research scientist at NASA Ames Research Center. During the 1950s, he headed the Palo Alto chapter of the National Association for the Advancement of Colored People (NAACP). He began teaching at San José State in 1959 and became an associate professor in 1974 after retiring from NASA.

Byrd was a pioneer of pure and applied mathematics in an era when historic and institutionalized racism limited opportunities for people of color in STEM fields. This showed Bekins, who was also forging new territory as a woman in science, that it is possible to overcome great adversity in work — and in life. She, too, could contribute to her field and inspire others along the way.

A longtime supporter of SJSU scholarships and STEM activities for women and girls, Bekins wants to create opportunities for aspiring mathematicians, scientists and educators from diverse backgrounds. That’s why she has designated the Paul F. Byrd Scholarship Endowment in the College of Science as a beneficiary of her retirement plan.

“The Paul Byrd Fund is a student scholarship targeted for underrepresented minorities, so it aligns with my long-term priorities for supporting scholarships,” says Bekins. “Math is a gateway to a lot of sciences. There aren’t a lot of jobs for people with a bachelor’s in math except for teaching, and it would certainly be great if we had more diverse math teachers for kids in the classroom.”

Bekins put her own math degrees to work at the United States Geological Survey, where she has dedicated her career to researching the biodegradation of groundwater contaminants. She also dedicated many years to helping lead SJSU’s Expanding Your Horizons conference, which offers hands-on STEM learning on campus for middle-school and high-school girls — an opportunity she would have loved as a child.

For Bekins, there are few things as important as providing access to high-quality education for every child, regardless of gender, race, or nationality. Supporting the Paul F. Byrd Endowment was the next logical step in helping her achieve this goal. It only occurred to her that she could do so after her husband established legacy gifts with a few nonprofits using his 401k and IRA retirement accounts. By giving to an already established scholarship endowment, Bekins is multiplying the impact of her mentor’s legacy.

“It’s nice to remember the professors who made a difference to you, particularly those who have already created funds to support students,” says Bekins. “A little bit of money goes a long way.”

Whether or not she knows it, Bekins is also proof — evidence that women in STEM can make a lasting difference in the field and at San José State.