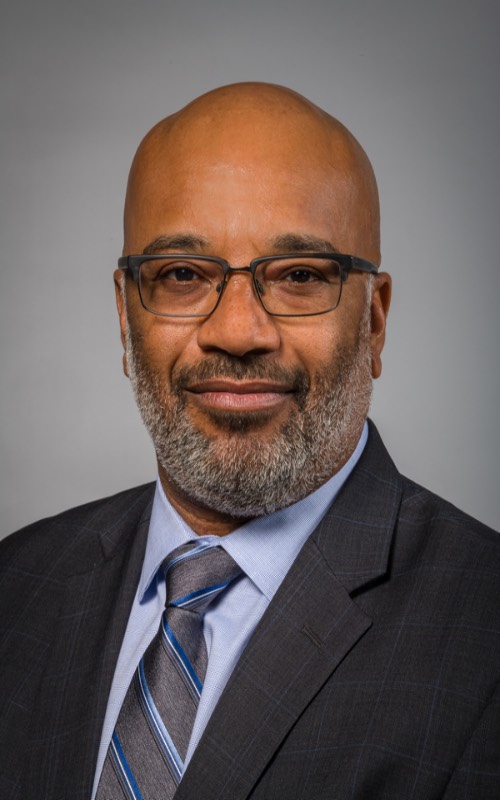 On July 6, 2015 Dr. Walter Jacobs became dean of the College of Social Sciences. Dr. Jacobs comes to us from the University of Wisconsin-Parkside, where he served as founding dean of the College of Social Sciences and Professional Studies. He was also a professor of sociology. Prior to joining UW-Parkside Dr. Jacobs was on the faculty of the University of Minnesota-Twin Cities for 14 years, including five years as chair of the department of African American & African Studies. He received his B.S. degree in electrical engineering from the Georgia Institute of Technology (1990), and his M.A. and Ph.D. degrees in sociology from Indiana University-Bloomington (1995, 1999).

An “open-door storyteller” [pdf] who prefers to be addressed informally, Walt has authored a book on undergraduate media literacy, and co-edited an anthology on educational environments. Walt is passionate about student success and has received department, college, and university awards for undergraduate teaching. His current research explores personal and social possibilities of undergraduate students’ generation of creative digital nonfiction; see “The Pedagogy of Digital Storytelling in the College Classroom” as an example.

Walt documented his first year as a dean in a blog on The Society Pages, “Dispatches From a New Dean.” He resumed the blog upon his arrival at SJSU; “Dispatches From a Dean” includes a focus on increasing the visibility of the social sciences in an era that usually highlights the STEM disciplines (science, technology, engineering, and math).

Walt is active in the Council of Colleges of Arts and Sciences (CCAS), a professional organization for deans. In the 2015–2016 year he served as a director of the CCAS Seminar for Department Chairs, in which department heads examine the art and science of departmental administration through close interaction with both experienced and new leaders. Walt enjoys service as mentor, and collaborates widely.

Walt is a fan of college women’s basketball and college men’s football. Another non-academic passion for Walt is science fiction movies and television. He has hosted informal discussions of The X‑Files, and is currently a fan of Orphan Black on BBC America.