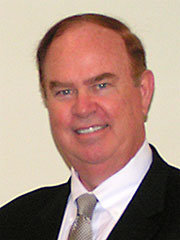 Keith Barnes is Chairman, Chief Executive Officer and President of Verigy US Inc., a Cupertino-based company that designs, develops and manufactures advanced test systems and solutions for the semiconductor industry. From 2003 through 2006, he was Chairman and CEO of Electroglas, Inc., having been brought in by the board to execute a turnaround of the manufacturer of integrated circuit probers. Prior to that he was Chairman and CEO of Integrated Measurement Systems, a leader in digital, mixed-signal and memory-IC verification, until its acquisition by Credence Systems Corporation in 2001. Before assuming his role at IMS, Mr. Barnes was a division president at Cadence Design Systems and at Valid Logic Systems. Just three years after earning his degree in Environmental Studies at San Jose State, he co-founded Kontron Electronics, Inc., which was acquired by BMW in 1985. Mr. Barnes has served on numerous boards and industry associations during his career, including three terms as a regent of University of Portland. He is currently on the board of Cascade Microtech, Inc. He is an inaugural member of the College of Social Sciences' Dean's Circle and spoke on campus in November 2008 as part of the Alumni Association's Alumni Legends Speaker Series. He and his wife Sharon have three children and live in Portland, Oregon.