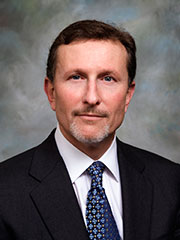 Steve E. Bochner is the chief executive officer and a member of the board of directors of Wilson, Sonsini, Goodrich and Rosati, the largest law firm in Silicon Valley, widely considered the premier provider of legal services to technology, life sciences and growth enterprises worldwide. He earned a bachelor’s in political science from San José State University in 1977 and a law degree from the UC Berkeley School of Law in 1981. Bochner has served on the Nasdaq Listing and Hearing Review Council, the SEC’s Advisory Committee on Smaller Public Companies, and the Joint Venture Silicon Valley Network board of directors. In November 2010, he presented the San José State David E. Saurman Provocative Lecture, and has been a lecturer at UC Berkeley and Stanford University. Bochner is a frequent speaker and author on securities and business law topics. He has received numerous honors and awards, including being named one of Lawdragon’s “500 Leading Lawyers in America” and a “Northern California Super Lawyer,” as well as being listed in Chambers U.S.A.: America’s Leading Lawyers for Business, the Legal 500 US, and The Best Lawyers in America.