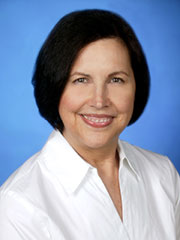 Jeanne Sheldon, '70 History, is corporate vice president of Office Reading and Authoring Applications for the Microsoft Office Division. In this role, she leads the product development teams for Microsoft Word, One-Note and Publisher, as well as the Microsoft Education team, which works to contextualize Microsoft products for the education market. She joined Microsoft in 1989 as a software test manager for Microsoft Word and a variety of workgroup applications. She subsequently became general manager of Microsoft Office's Sustaining Engineering Services, which focuses on maintenance and continuous improvement of Microsoft Office in-market products. Before joining Microsoft, she served as a section manager in software quality assurance for Software Publishing Corporation. Sheldon has also been an active participant in Microsoft recruiting and in scholarship programs for minorities and women. Her extraordinary achievements have not gone unnoticed in the industry, and Women in Technology International showcased her career accomplishments, determination and dedication as early as 1996, during Women in Technology Month. Sheldon grew up in San José and graduated from San José's Pioneer High School, as did her future husband, Marvin Parsons, who is an alumnus of San José State and Microsoft. In addition to earning an SJSU bachelor's degree, she also did graduate work in history of science and urban planning at San José.