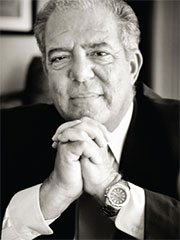 Bob Foster is the 27th mayor of Long Beach, an office to which he was first elected in 2006. Prior to becoming mayor, he served as president of Southern California Edison. He was at Edison for more than 20 years, during which time he led California’s largest electric company through the 1999 energy crisis. During his tenure, Edison developed the largest renewable, clean energy programs—solar, geothermal, biomass, and wind—in the United States.

Foster began his career in public service as a staffer in the California State Senate and California Energy Commission, where he established statewide energy efficiency standards that are still enforced today. He is active in the U.S. Conference of Mayors and was appointed Environment Committee chair in 2008 and elected to the Advisory Board in 2009. He currently serves as chair of the Mayors Business Council and as a trustee. He was appointed by Governor Schwarzenegger to the Board of Governors for the California Independent Systems Operators and was reappointed by Governor Brown in 2013. Foster was born in Brooklyn, New York, and received his bachelor’s degree in public administration from San José State in 1969. Before being elected mayor, he served as a trustee to the California State University system and co-taught a political science class at San José State with Professor Larry Gerston. 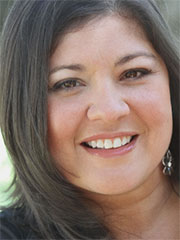 Roseanne Duncan is a communications and marketing manager at Hewlett Packard and has been working in education services for more than 16 years. She is an active member of the special needs community and has served on the board of directors of two local nonprofits, the Autism Project PTA and Angels on Stage (AoS). Duncan is also a member of the Bay Area Professionals Special Needs Network (BAP). In recognition for her volunteer work at AoS, she was a 2011 recipient of Service Above Self award from SARC. She has served as a production manager and in a variety of other volunteer roles at AoS for five years. She has provided in-kind marketing support and web design services to AoS, CAA, Netta for Special Ed, Golf4Autism, and BAP. Additionally, she has volunteered in theatre support roles, such as costume designer, entertainment coordinator, and stage manager, for other special needs events, including Take Flight for Kids, ViaWest, Walk Now, and Magic Makers. Her passion comes from being a caregiver of two children with autism. Duncan strongly believes in giving back to the community and feels that sharing your time and talent for a cause you are passionate about can bring positive change in both you and those you are serving.