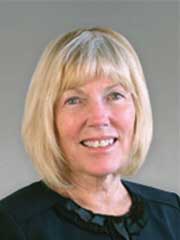 Maryanna McSwain is the Senior Vice President of DTZ, a major commercial real estate firm and a global player in commercial real estate services. She earned her BA in Social Sciences in 1968, and was in the Graduate Teaching Program at San José State University. After a time in teaching, she switched careers. She is the past director of Placer Savings Bank and ASVB. Among the many awards she has earned, Maryanna was awarded the ASVB Michael Murphy Award for her contributions to the brokerage community and the community at large. Her service to the College of Social Sciences has been considerable. She is on the Advisory Board for CRED, and was the San José State University Acceleration Campaign Chair for our College. In reflecting on her links to San José State, Maryanna notes, “after changing careers and getting involved in commercial real estate, I owe an immense amount of my success to the lifelong relationships I formed in my time at San José State.” She feels that being a student gave her invaluable opportunities that had a huge impact on her life. She says that she is “looking forward to getting involved with the college even more in the future.” 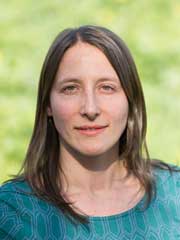 Amie Frisch became the Executive Director and Co-Founder of Veggielution even before she graduated in 2007 with a B.S. in Environmental Studies. Veggielution Community Farm started in backyards near San José State University. It is now a six-acre farm that supplies fresh, affordable produce for families in the South Bay. Veggielution coordinates more than 3,000 volunteers to create access to healthy, affordable food. Reconnecting people to food, dedicated to building a sustainable food system, Veggielution is a grassroots nonprofit, now managing a budget of more than $400,000 per year, which has become a model for urban farming and community connection. In the words of her mentor, Rachel O’Malley, “Amie is a force of nature, herself.”