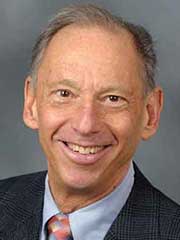 Alan E. Kazdin. Ph.D. (Northwestern University) is Sterling Professor of Psychology, Professor of Child Psychiatry at Yale University, and Director of the Yale Parenting Center, a service for children and families. Before coming to Yale, he was on the faculty of the Pennsylvania State University and the University of Pittsburgh School of Medicine. At Yale, he was Chairman of the Psychology Department, Director and Chairman of the Yale Child Study Center at the School of Medicine, and Director of Child Psychiatric Services at Yale-New Haven Hospital. Dr. Kazdin’s research is focused primarily on the treatment of aggressive and antisocial behavior in children and the contextual influences that contribute to child dysfunction. His work has been supported by numerous institutions and foundations including the National Institute of Mental Health and the John D. and Catherine T. MacArthur Foundation. Dr. Kazdin’s 700+ publications include 49 books that focus on methodology, interventions for children and adolescents, parenting and child rearing, cognitive-behavioral treatment, and interpersonal violence. He has been editor of six professional journals, and he has received several prestigious professional awards. In 2008, he was president of the American Psychological Association. 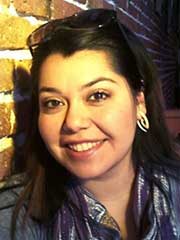 Maribel Martínez, BA in Political Science and MA in Applied Anthropology (both SJSU), has demonstrated an extraordinary level of achievement in leading and organizing diverse government, non-profit, and community-based organizations. While a student at SJSU, she was a founding member of Voices Rising, an undergraduate student organization formed in the wake of the 9/11 attacks to help sensitize the SJSU community to creeping racism and xenophobia. Over the past 15 years, she has made a positive impact on the lives of community members through her involvement and leadership in a wide range of projects and organizations, from Catholic Charities to CommUniverCity to SJSU’s César Chávez Community Action Center. She has worked as a community organizer for PACT, leading efforts to organize families around educational reform, mental health services, and neighborhood safety. Ms. Martínez recently accepted a position as director of Santa Clara County’s Office of Gay, Lesbian, Transgender, Bisexual, and Queer (GLTBQ) Affairs, the first of its kind in the nation.