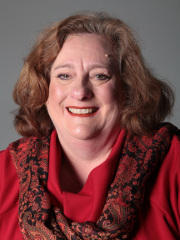 Since her time at SJSU, Patricia Gardner has become a dynamic and passionate community leader in Santa Clara County. As the Chief Executive Officer of the Silicon Valley Council of Nonprofits, she works to promote, advocate and advance the impact of the nonprofit sector, representing over 200 Health and Human Service agencies. Under her nearly 20-year leadership, SVCN has magnified the united voice of nonprofits, strengthened industry leadership, and ensured that nonprofits have the resources and capacity to best serve their communities. As a founding member and longtime Co-Chair of the SJSU Political Science Alumni Association, Patricia has spearheaded fundraising efforts, raising thousands of dollars for SJSU student scholarships. In her continued commitment to SJSU, she has hired and mentored dozens of SJSU students through the SVCN service learning internship in public policy, exposing students to the largest regional cross-sector advocacy and training program for nonprofits in the State of California. One of her greatest joys is seeing SJSU alumni working and succeeding in public policy work and leadership in government and nonprofits.

Mayra S. Cerda has a BA in International Business and an MA in Applied Anthropology from San Jose State. After graduating, she became heavily involved in financial research studies to understand financial behavior and practices by low- to moderate-income individuals. In 2011, Mayra began working as a researcher in California for a major national study called “US Financial Diaries.” She gathered qualitative and quantitative data from 35 Latino households about how they managed their income and expenses. The information gathered is the result of a scholarly book written by the lead researchers called, “The Financial Diaries: How American Families Cope in a World of Uncertainty.” In addition, Mayra worked as a researcher in San Francisco to find out hidden loan fees and practices from a predatory lender that targets low-income and immigrant families. She became an active participant in the asset building world through Opportunity Fund. She has traveled to Washington, D.C. to advocate for and to keep the federal funds intact for the Asset for Independence Act and Volunteer Income Tax Assistance.