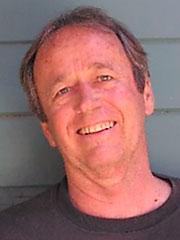 Endowed by Austen D. Warburton, this award recognizes a faculty member within the College who has achieved the highest level of scholarship, as demonstrated by an outstanding record of publications and the delivery of scholarly papers before prestigious professional organizations. The person’s achievements should be worthy of international or national recognition, with significant impact upon a field of scholarship in the Social Sciences.

Chuck Darrah is a cultural anthropologist and chair of the Department of Anthropology at San José State University. His research has focused on work and workplaces, families, and technology. He co-founded the Silicon Valley Cultures Project and the Human Aspiration and Design Laboratory (HADLab), both at San José State University. His book, Learning and Work: An Exploration in Industrial Ethnography, is based on fieldwork in two manufacturing plants and focuses on how people become incorporated into communities of practice through work. Busier Than Ever! (with J. M. Freeman and J. A. English-Lueck) discusses busyness in American life. His research has been supported by the National Science Foundation, the Alfred P. Sloan Foundation, the John and James Knight Foundation, and Kaiser Permanente. He is a co-founder of Design Practices Collaborative and consults in both the public and private sectors. 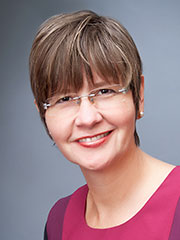 For this award, the Department Chairs of the College select a faculty member who, through distinguished service on Department, College and University elected bodies, has provided leadership in advancing the interests of faculty.

Dayana Salazar is a Professor at San José State University’s Urban Planning Department specializing in participatory community planning and development. She leads students out of the classroom to work with the community towards improving the quality of life in local neighborhoods. Under her leadership, teams of faculty and students have developed neighborhood improvement plans in close partnership with more than 12 diverse, low-income neighborhoods in the South San Francisco Bay area. The neighborhoods and local government agencies have used the neighborhood improvement plans to direct well over 30 million in public funds towards implementing community-identified priorities. Professor Salazar also serves as Executive Director for a multisector team of faculty, community residents, community benefit organizations, and city agencies that power CommUniverCity San José, a unique partnership between a neighborhood near the campus (community), San José State (university), and the City of San José (city) focusing collective resources, knowledge, and expertise on neighborhood-driven priorities. Read about Dayana Salazar at SJSU Today. 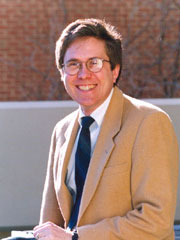 The College of Social Sciences award for Teaching Excellence honors one faculty member who has demonstrated outstanding teaching and mentoring at the graduate and undergraduate levels. This individual has been nominated by CoSS faculty in consultation with the department chair. The department chairs then elect the individual for the award.

Kenneth Peter was raised in Idaho and educated at Stanford, Chicago, and Princeton. He was fortunate to have been influenced by several truly gifted teachers of political theory, including Nan Keohane, Brian Barry, Joe Cropsey, Sheldon Wolin, and Dennis Thompson. One could hardly pick a more diverse set of teachers, and Ken turned into a methodological eclectic. After finishing his Ph.D., Ken returned to his undergraduate roots and taught for two years in Stanford's program in Structured Liberal Education (SLE), a residential great books program. Following, he earned a permanent position at San José State, where he has taught all of our political theory courses as well as introductory American politics. Recently he has also taught for the Humanities Honors sequence, which has been one of the great intellectual challenges of his life. Ken agrees with Aristotle that “teaching is the highest form of scholarship.” 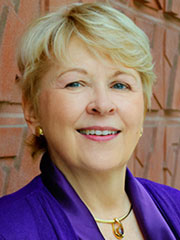 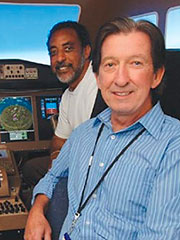 Read about the NASA research award granted to Kevin Jordan at SJSU Today.