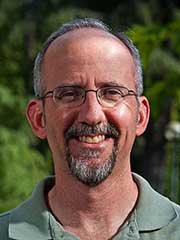 I am interested in the historical intersection of American politics, economics, and culture, especially in California. I studied U.S. political history in graduate school, and then I started out researching California's progressive movement in the early twentieth century, but I've always been broadly interested in U.S. politics and culture from the Civil War to the present. Also foreign policy, political economy, social memory, and pro sports. Teaching a lot of different subjects has spread my interests widely. Lately I've been researching American nativism (i.e., anti-immigrant movements) and Irish American immigration. My publications and recent presentations are listed at http://www.sjsu.edu/people/glen.gendzel/publications/.

I got interested in California history when I was in graduate school at the University of Wisconsin and I realized that I was learning a lot about the history of various northern and southern states, but almost nothing about my home state of California. Reading so much about colonial New England, slavery in the Old South, land wars in the West, industrialization and urbanization in the North, etc., made me curious about what was happening in California. I also strategized that specializing in California history might enable me to return home to teach the subject some day, and eventually, after many stops along the way, it worked out.

The hardest part is finding the time to visit archives and libraries for day after day of methodical research. Historians are expected to read immense quantities of texts we call "documents," but first we have to track them down and find them in obscure repositories all over the world. Neither of these tasks is easy, and I recognize that most historians have to travel a lot further afield than I do. Then, besides research, I also find it challenging to write about history in ways that will appeal to professional historians and to the general public at the same time. But I try.

Coming to SJSU has brought me back in range of archives and libraries that are useful for California history research. It has also brought me into contact with lots of interesting, intellectually stimulating colleagues in multiple departments. A lot of new research ideas come from informal discussions with friends, sharing ideas, swapping information, and so on. Living and working in such a marvelously diverse place has also kindled my recent research interests in immigration and nativism.

The Internet was barely getting started when I was in graduate school, but now I use it all the time. The availability of online sources in U.S. history has revolutionized research and teaching in my field--and definitely for the better. What did we do in the old days before the Internet? I'm not very technologically sophisticated in general, but I do try to take advantage of the Internet as much as possible.

When I read the historian Richard Hofstadter in graduate school, I didn't always agree with him, but I wanted to think and write like that, at least stylistically. I can't even come close to that standard, obviously, but hey, it's important to have goals in life. Why not try to write something venturesome with interpretive verve?

California historians and history teachers are lucky to have Calisphere, the Online Archive of California, and the Library of Congress database California As I Saw It, among many others, at our fingertips. I use them all the time, along with Google Books and King Library's online databases. Meanwhile, the Journal of American History is essential reading for all historians of the United States.

Despite the adverse conditions under which we often labor, rejoice that at least we have the privilege of living the intellectual life with a lot of smart, interesting, profound people all around us. That goes for faculty AND students. I feel incredibly lucky when I get to teach what I want to teach to people who want to learn.