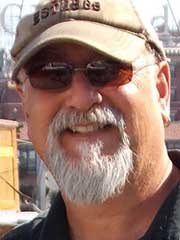 College of Social Sciences and Anthropology

The principal focus of my studies in Central California prehistory is the rise of complex socially-stratified societies over the past millennia. This includes changes in subsistence-settlement patterns and other adaptive strategies. Another aspect involves conducting aDNA studies on the ancestral remains in concert with the Muwekma Ohlone Tribe of the San Francisco Bay Area.

I have served as one of the Tribal archaeologists and ethnohistorians working with the Muwekma Ohlone Tribe, Amah-Mutsun Tribal Band and Esselen Nation. Over the past 36 years, I have been working collaboratively with these tribes along with the SJSU department of Anthropology and undergraduate and graduates students, conducting various analyses, co-authoring final archaeological reports and presenting results at professional meetings.

With minimum to no funding finding interested scholars who wanted to collaborate with these tribal projects. Colleagues from Stanford, Santa Clara, U.C. Davis, Cal State Chico, and Washington State University have collaborated with me and the Muwekma Tribe on various projects. Anthropology faculty and students from SJSU have also collaborated with these scholars as well. In the past SJSU graduate and undergraduate students have written research grants and were funded through the College of Social Sciences Research Foundation.

As a volunteer faculty member in the Anthropology Department and with support from the CoSS Dean’s Office, I have continued to teach and conduct research at SJSU.

Conducting both legal research for the reaffirmation of previously federally recognized California Indian tribes as well as conducting and writing narratives on their military service since World War I.

Wasi’chu: The Continuing Indian Wars by Bruce Johansen and Roberto Maestas was one of the compelling studies revealing much about the major issues confronting Indian Country during the 1970s. When I came to SJSU in 1978, I knew hardly anything about the history and the adverse impacts to the California Indians, and much that had been written or available was extremely undernourished or just completely white washed.

There is a world out there full of colonized disenfranchised communities that would love to establish a working relationship with scholars so that they can connect with their ancestral and historical past. Through a process of meaningful collaboration, their ancestral heritage sites and knowledge should be considered as part of their intellectual property.